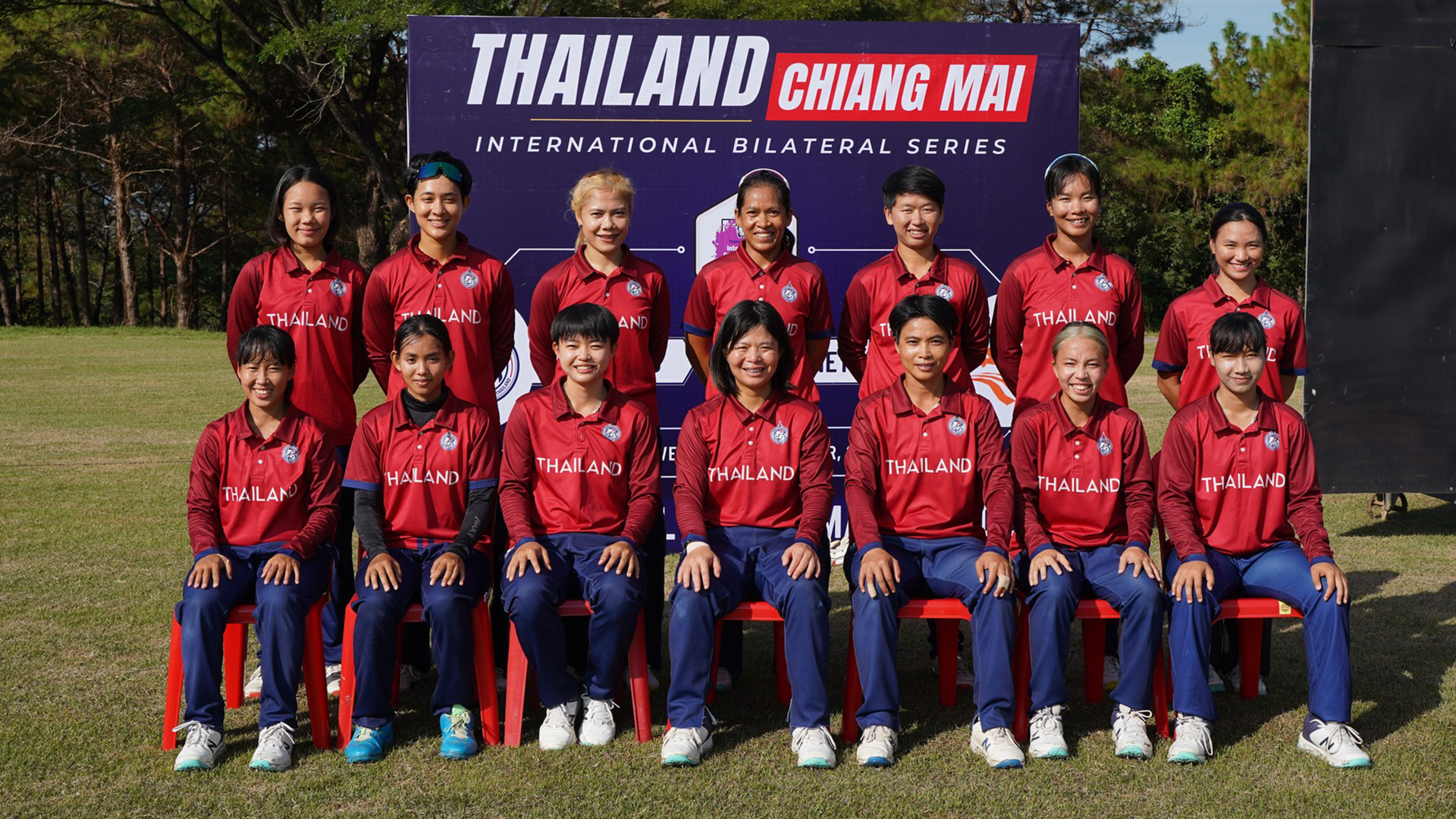 It was a dream debut in the ODI format for the Thailand women in Chiang Mai, claiming first blood in their home series against the Netherlands on Sunday.

Opener Natthakan Chantham was Thailand’s star with the bat, running the show with a century well done to mark the occasion.

The right-hander nearly batted the entirety of the innings to anchor the side, with contributions from around him helping the hosts to 243/9. Chantham was the seventh player to go down, hitting nine limits before finally being ruled out by Iris Zwilling at 47.

Six other bowlers reached double figures, although Chanida Sutthiruang, the second-highest scorer, only managed 24. Frédérique Overdijk was the Dutch bowlers’ choice with 3/39.

Rain between innings delayed proceedings, eventually leading to a revised total of 235 from 46 overs.

The task turned out to be difficult for tourists in foreign conditions, who were circumspect in their response. Leede’s Babette and Sterre Kalis started with an opening partnership of 47 to provide a platform, though they chewed up 15 overs in the process.

Thailand’s spin group was at its devastating best, led by Nattaya Boochatham’s bursts with the new ball.

Boochatham’s 1/17 from 7.5 overs allowed no easy runs early in the innings, and the pressure brought the likes of Thipatcha Putthawong and Onnicha Kamchomphu into the game to tie the nuts. The pair claimed two and three wickets respectively, with leg-spinner Suleeporn Laomi also taking back 2/22 later.

The Thailand fielders backed the bowling, and Chantham again proved to be a thorn in the Dutch side. Just as De Leede was looking to rebuild alongside Jolien van Vliet, Chantham’s drop from square leg caught the short opener looking for a quick single, leaving the tourists holed up at 54/3.

Dutch captain Heather Siegers (28) was the only one to resist Thailand’s spin blitz, braving the bowling, only to similarly go down to her teammates. Trying to knock Kamchomphu to the ground, the skipper misjudged his effort, and a grateful Sornnarin Tippoch took the catch in the deep.

Cricket spirit was at an all-time high after the Thailand-New Zealand warm-up match as the White Ferns shared tips with the T20 World Cup debutants.

The Dutch could muster only four caps in their reply, and Thailand’s fielding standards continued to equalize the bowling. Rosenan Kanoh claimed an excellent catch to dismiss Gwendolyn Bloemen, as the hosts cruised to victory.

The Thais eventually won 100 runs in DLS, with a Chantham slam along with a catch and run making her the undoubted Player of the Match.

The teams meet in the second of three ODIs on Tuesday, followed by a five-match T20 series.