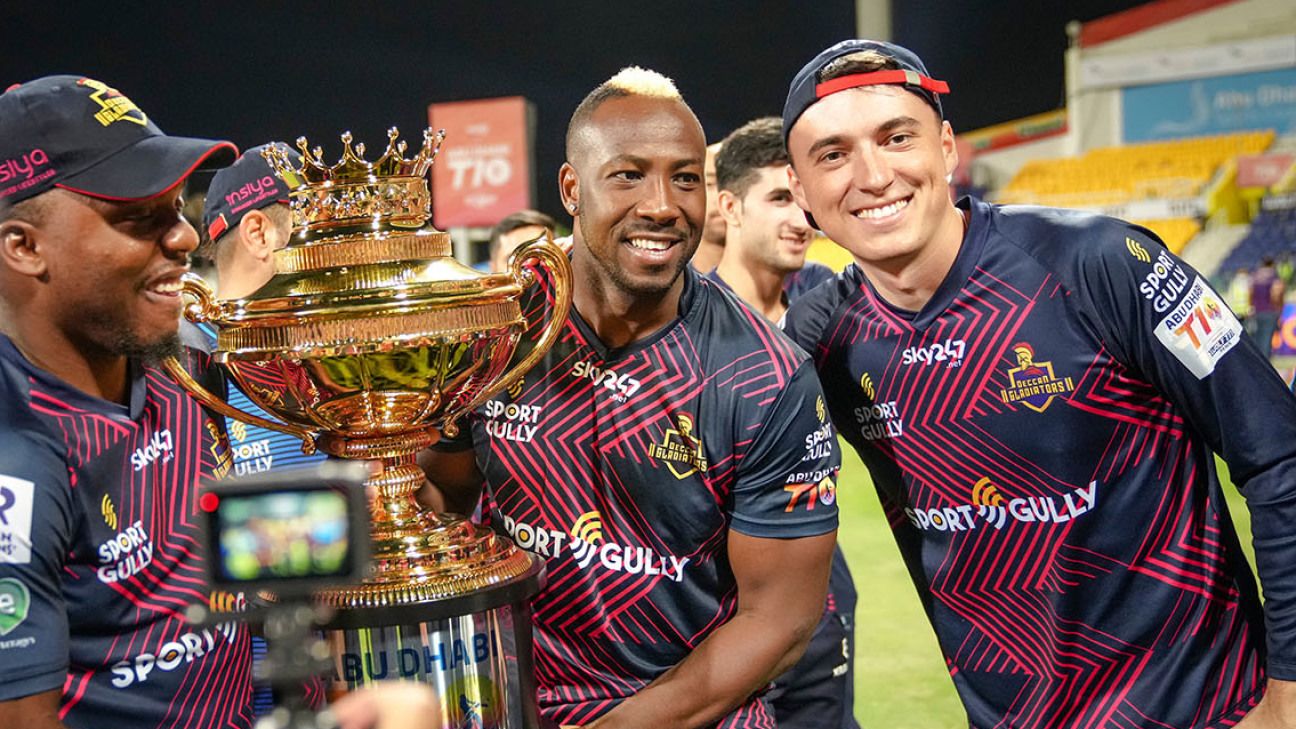 The sixth season of the Abu Dhabi T10 kicks off on Wednesday at Zayed Cricket Stadium with the New York Strikers, led by Kieron Pollard, taking on the Bangla Tigers, who will be led by Shakib Al Hasan.
Wednesday’s doubleheader will also see the reigning champions Deccan Gladiators clash with Team Abu Dhabi. The two sides will be led by Nicholas Pooran and Chris Lynn respectively,
Mushtaq Ahmed will once again be in charge of a Gladiator team with the likes of Andre Russell, David Wiese and Tabraiz Shamsi. The Gladiators went to the top of the group table last year, winning seven of their ten games before beating Delhi Bulls in the Qualifier and then again in the final.

Two new franchises have joined for this year’s edition from the US with the launch of Strikers and the Morrisville Samp Army increasing the number of teams to eight.

Moeen Ali will lead the Morrisville franchise once it joins the United Arab Emirates after winning the T20 World Cup with England in Australia, while Lance Klusener is the head coach. The Strikers will be coached by Carl Crowe and will also benefit from having Yuvraj Singh as a mentor.
It is not the only Indian name to submit as Suresh Raina, Harbhajan Singh and S Sreesanth have signed up for the competition.

The tournament will feature some of the biggest names in cricket with 140 registered cricketers including Eoin Morgan, David Miller, Adil Rashid, Wanindu Hasaranga and Alex Hales.