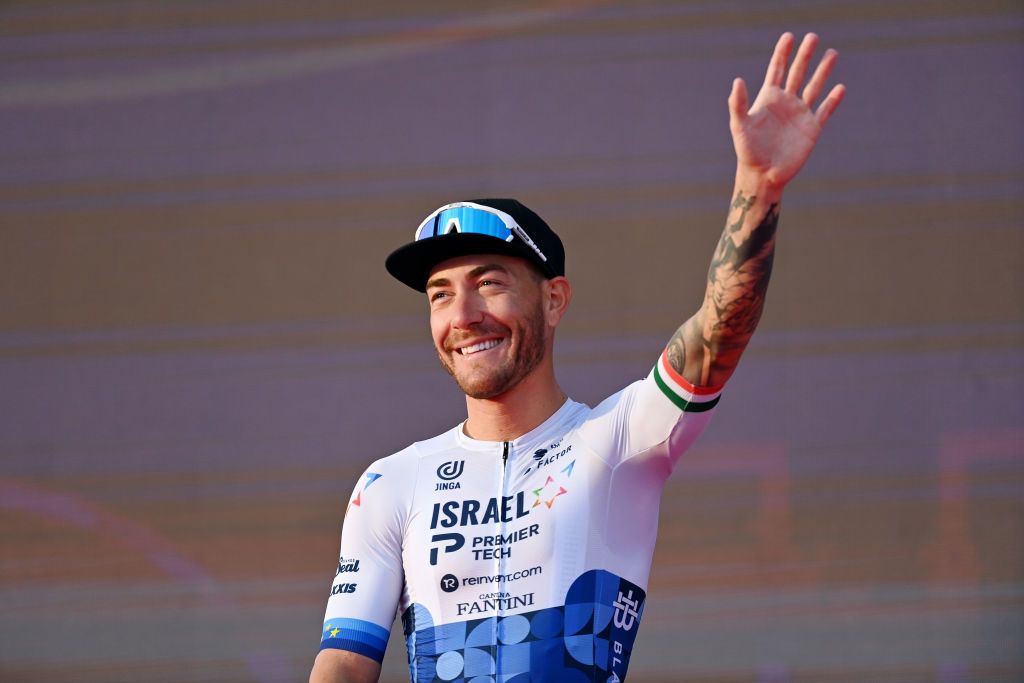 Giacomo Nizzolo will remain at Israel-Premier Tech in 2023 despite the team’s imminent relegation to ProTeam level, but the Italian sprinter does not believe his absence from the WorldTour will unduly alter his goals for the new season.

“To be honest, it doesn’t change much for me, in the sense that my goals are one-day races, and we still have the right/obligation to participate in all one-day WorldTour races,” said Nizzolo. BikePro.

“That means the Monuments, but it also means races like Hamburg, Plouay, Canada, etc. On the other hand, for the Grand Tours, we will have to wait for the invitations and then see what is the best option for me.

“My focus is on the first part of the season with the Classics and that is not in doubt. Milan-San Remo will be the first real big target.”

Nizzolo’s thoughts echo those of Sep Vanmarcke, who last month said cyclingnews that Israel-Premier Tech’s demotion would not change the look of its 2023 season, where the cobbled classics remain the goal, though he acknowledged that the team’s stage racing unit faced greater uncertainty.

Nizzolo joined Israel-Premier Tech last winter following the demise of the Qhubeka-NextHash team, but his first season with his new team was plagued by injuries. An accident on the descent from the Poggio in Milan-San Remo left him with a broken clavicle and compromised his preparation for the Giro d’Italia, where he was unable to emulate his 2021 stage victory.

Although Nizzolo took his first victory with Israel-Premier Tech at the Vuelta a Castilla y León at the end of July, another crash at Circuito Franco Belge had an impact on the rest of his campaign.

“From there it was very difficult, because it was a strong blow with a head trauma. The recovery was slow,” Nizzolo said. “In short, that was the outline of the season.”

Nizzolo has been training in Gran Canaria for the past week after quickly recovering from a broken clavicle suffered during training near his home in Switzerland earlier in the month.

“When I return, I will have more scans, but theoretically the worst should be over,” he said.

“Getting back on the bike so quickly was a positive surprise. Clearly, I’m happy. Recovery often begins in the head. I was convinced that I could start over and that’s what I did.”