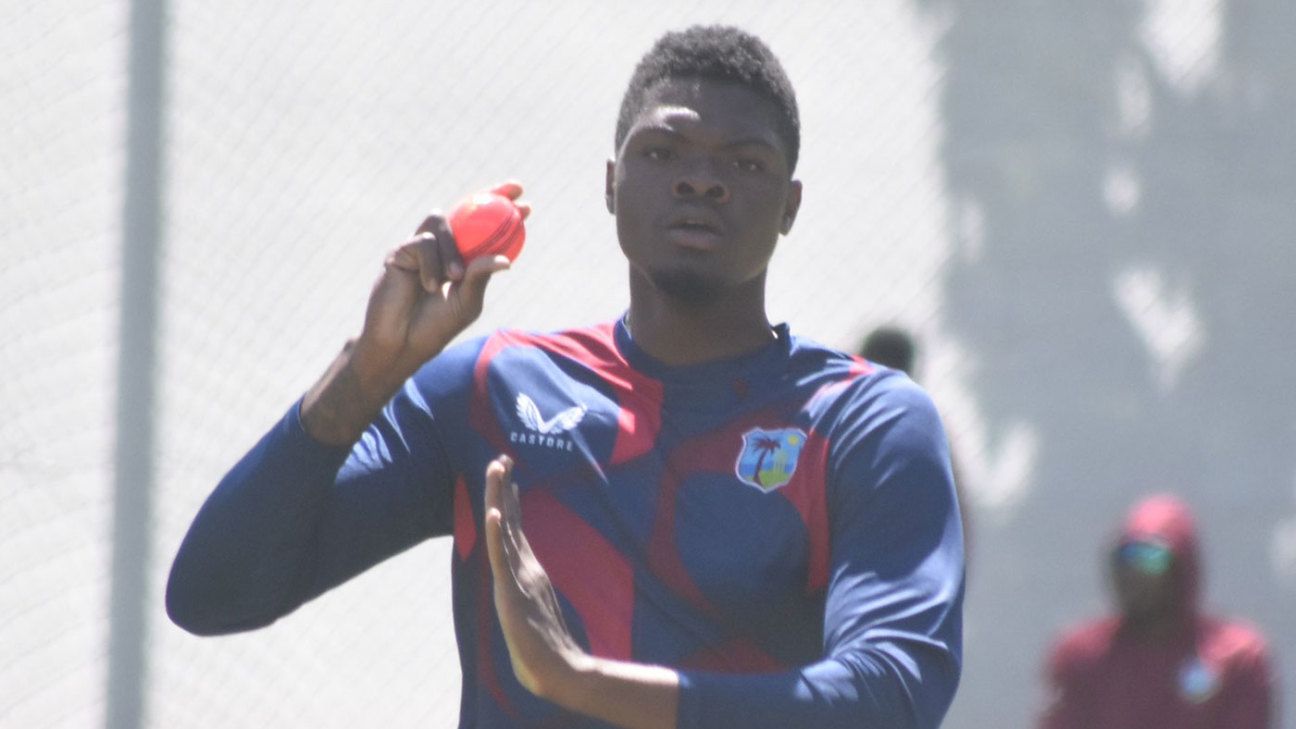 After being flayed in their first warm-up match, the West Indies bowlers hope the pink ball can provide a tonic in the four-day twilight clash against a strong Premiership XI in their final blow before the series of two Tests against Australia. .

The West Indies bowlers were listless against a NSW/ACT XI, who compiled a massive 426 for 4 in the drawn three-day fixture in Canberra. Their frontline pace attack was unsuccessful with fast youngsters Jayden Seales and Alzarri Joseph straying, as alarm bells rang ahead of Test matches in pace-friendly Perth and a day and night in Adelaide.

It was a worrying start for an inexperienced West Indies, coming off their impressive first-round exit at the T20 World Cup and who have not played a Test in Australia since January 2016.

Only a handful of their players, including leader Kemar Roach, have previous Test experience in Australia, a graveyard for West Indies who have not won a Test there in 25 years.

They are hoping to build confidence against the premiership’s formidable XI which features crowned Test batsmen Marcus Harris, Matthew Renshaw and Peter Handscomb in what is effectively an Australia A team.

The West Indian bowlers are hoping to quickly acclimate to the pink ball having lost all three of the day and night tests, the last over four years ago. By contrast, Australia’s trailblazers have mastered the conditions to boast an unblemished record of 10 matches, including six at the Adelaide Oval.

“[We want to] get used to the pink ball… there is a difference [compared to the red ball] and most of the guys haven’t played a pink ball Test,” West Indies manager Phil Simmons told reporters in Canberra on Tuesday. “It’s good that we have this game so we know what it is. [pink ball] we will do this during different periods of the day and night in preparation for Adelaide.

“We need to make sure we’re throwing the correct lengths with the pink ball, which will be different than the red ball. We’ve seen that with the fielding and slip catch it’s much easier to spot.”

The West Indies bid for a major series kicks off at Optus Stadium on November 30 in the first Test played in Perth since the Covid-19 pandemic. The tourists once dominated WACA’s near field during its heyday and you can expect similar conditions of speed and wicket bounce at the 60,000-seat Optus Stadium, which has hosted just two Tests.

“We’ve had success in Perth over the years. We know it’s a new stadium. The carry and the quickness of the pitch…the batsmen can play shots too. We’re looking forward to it,” said Simmons, who took a memorable Juggling catch on Curtly Ambrose slips in the WACA during the West Indies’ final victory in Australia in February 1997.

With inclement weather blighting Australia’s east coast for much of the cricket season, the West Indies are hoping for clear conditions in frigid Canberra for their final warm-up.

“We’d love some sun, we haven’t had much since we’ve been here,” Simmons said. “We’re looking for a tough game of cricket to get us ready for next week in Perth. It’s very important for the way we bowl and sharpen as batsmen…it will say how we get to the Test match in Perth.” .