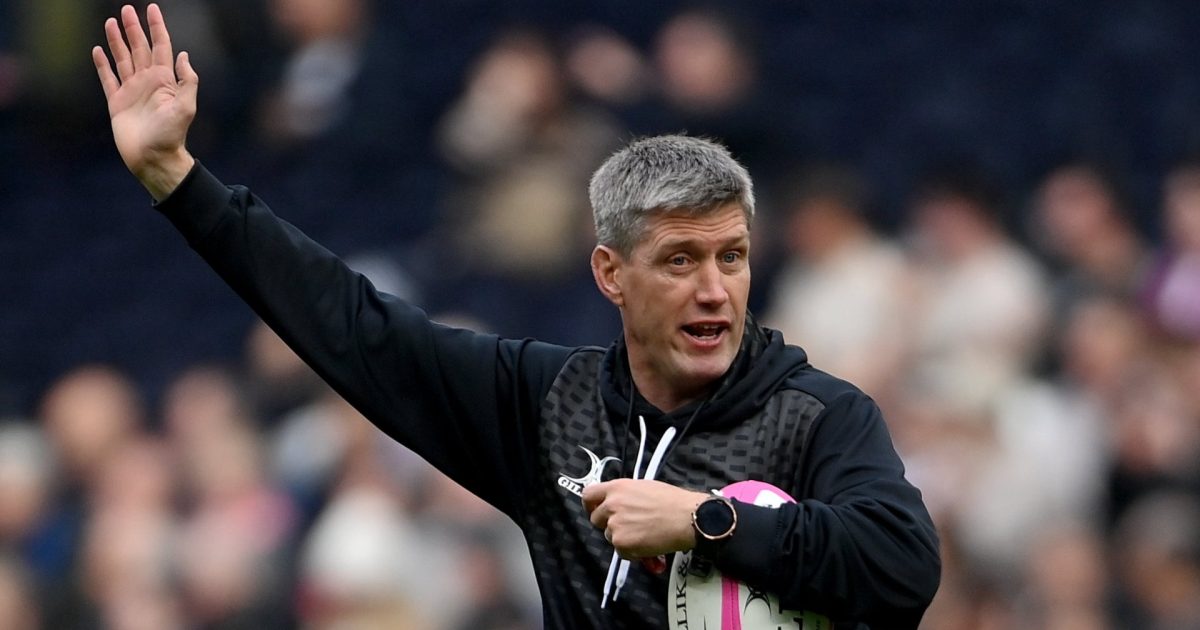 Ronan O’Gara has admitted that he has spoken to a few people about the possibility of succeeding Eddie Jones as England manager. Jones is set to leave the job at the end of next year’s World Cup in France and the race to succeed him is already underway with Leicester’s Steve Borthwick, Crusaders’ Scott Robertson and La Rochelle’s O’Gara all mentioned in the race.

It was in March this year, after another disappointing Guinness Six Nations campaign, that RFU boss Bill Sweeney suggested that an English candidate would be the overwhelming preference to replace Jones when his contract expired.

“We think we have a great number of English managers in the game. As a leading rugby nation we should develop English coaching and an English style of play,” Sweeney said at the time. “That should be for the long haul, and therefore the preference would be to have an English setup, as far as I’m concerned.”

However, that suggested job specification did not prevent Robertson, a New Zealander, and O’Gara, an Irishman, from being actively attached to the England position. Both have spoken about wanting him to coach at Test level and Sweeney has since backtracked on his stance that he should be English. “If he was an English person, he makes life a little easier,” he said the other week. “The first priority is that he is the right person, if they are English, great.”

The RFU hope to have a successor announcement by May 2023 and it was curious that Sweeney’s latest update came at a time when Robertson and O’Gara were working together coaching the Barbarians to their win earlier this month at Tottenham over All Blacks. XV.

The London Times has now claimed that there is an RFU shortlist of three to succeed Jones (Borthwick, Robertson and O’Gara) and the La Rochelle manager has responded to this latest speculation, telling Irish media in a promo for menswear: “Well, I don’t know about a shortlist, but I’ve talked to a few people. I guess it’s a possibility, but I don’t know where I am in the pecking order.”

O’Gara is currently assessing how to deal with the ten-week match day ban and fine he received from Top 14 officials on Wednesday following his latest confrontation with the French referees. As he stands, his second suspension of the 2022/23 season will keep him off the bench until the end of January, at which point he hopes to find out if he has extended his current contract with La Rochelle beyond the summer of 2024 or if he’s leaving. .

“You probably want to have a very, very good reason to leave. I don’t have that. Obviously I’m in decision mode between now and Christmas because that’s what happens with coaches. They always want to finish six months before the last year of contracts. That would be next season, I would be in my last year of my contract here so I have to decide if I want to stay with club rugby or if there are options to go to the Test game.

Regarding his latest sanction, he added: “On Friday I will meet with the president (of the club) and we will decide then. When we know what we are doing, the club and I will be in a position to talk about it. I’ve already wasted a lot of time preparing for Wednesday’s hearing. I don’t want to jeopardize anything.”