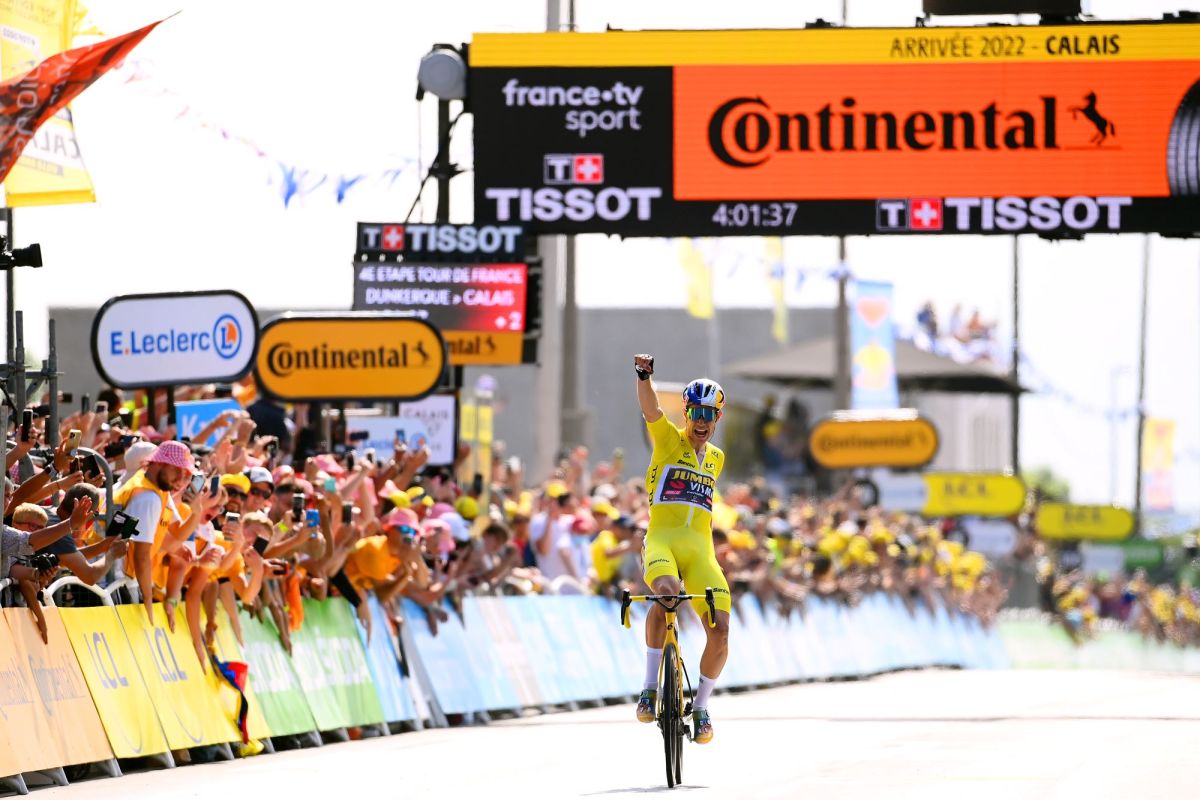 Talisman Jumbo-Visma has said he sees the competition has a great future after a successful first edition in October, which was won by fellow Belgian Gianni Vermeesch of Alpecin-Deceuninck.

Italian driver and Peter Sagan’s teammate Daniel Oss took second with Mathieu van der Poel completing the podium. Sagan also rode the gravel worlds to “give back to the people.”

in conversation with WielerFlits (opens in a new tab), Van Aert explained that watching the race won by Vermeesch on television whetted his appetite for a future participation.

“I saw the last edition on TV and I thought it was nice to see,” Van Aert said. “I was positively surprised by the amount of attention this world championship received. I think that the world championship on gravel has a great future”.

“The world championship on gravel is of course organized quite late in the road season. On the other hand, I think this title fight is less stressful than other big goals of the year,” he said.

After a successful first edition, the second edition of the world championship on gravel will take place again in Italy in 2023 before the competition moves to the local roads of Van Aert in Belgium for 2024.

Belgium’s course will start in Halle before finishing in Leuven, the site of the 2021 road world championships won by Julian Alaphilippe.

With his sights set on the third edition in Belgium, Van Aert hinted that riding it in the future is firmly on his mind.

“Yes, I know that the gravel world championships will be held again in Italy next year and then in Belgium the following year. Maybe it will in the next few years,” he said.

VAN AERT AIMES AT THE VICTORY OF THE MONUMENT

Van Aert will be taking part in several cyclocross races this winter with his team, Jumbo-Visma, and he recently released his schedule. The Belgian has also revealed that his road calendar is already beginning to take significant shape ahead of the new season.

The Belgian, along with several other Jumbo-Visma teammates, were recently spotted on the roads of Omloop Het Nieuwsblad, preparing for the opening weekend.

However, in an interview with the Belgian media Het Laatse Nieuws (opens in a new tab), Van Aert explained that he is unlikely to return to defend the Omloop title in 2023 and that his program will be similar to his racing schedule in 2021.

Van Aert said: “It will be more of a program like in 2021, without Omloop. The focus is on the classics in April.”

Van Aert and Jumbo-Visma have already declared that two of their big goals will be a monumental victory in Paris-Roubaix or the Tour of Flanders in April. He finished second to new teammate Dylan van Baarle at Roubaix this year.

The Belgian also explained to Het Laatse Nieuws (opens in a new tab) that reaching three maximum points in a road season is a difficult task. That said, Van Aert hinted that he will almost certainly return to the “race of the year,” the Tour de France, with Jumbo-Visma next year.

The Belgian was simply sensational at this year’s edition of the Grand Tour de France, winning the green jersey and three individual stages.

“I have realized in recent years that it is difficult to reach three maximum points in a road season. I was good at the World Cup in Australia, but not as good as in the spring or the Tour.

“Going to the next global summer after the Tour is not insurmountable,” Van Aert said.

“I would like to run another Grand Tour, but the Tour is still the race of the year. It’s not boring trying to win a Tour stage,” he added.