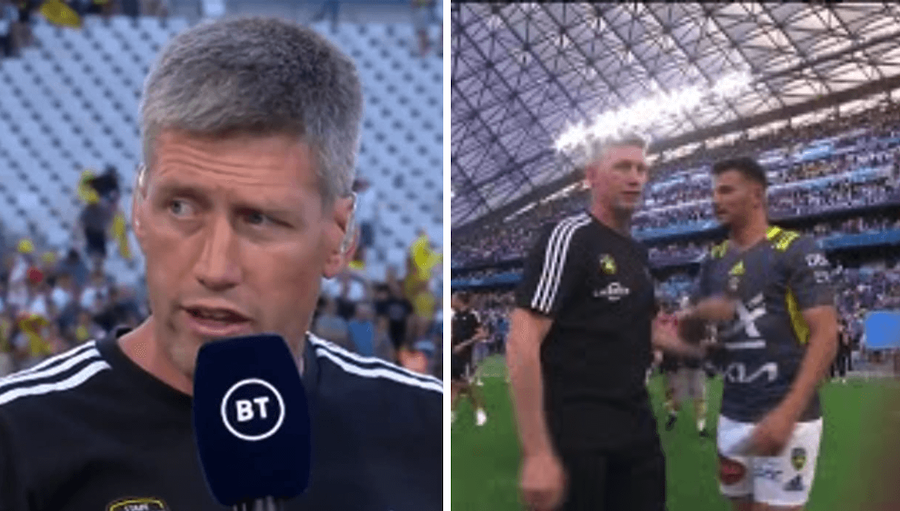 The 45-year-old, who has spent the past two weeks coaching the Barbarians alongside Scott Robertson, was suspended for “behaviour that could damage the image, reputation or interests of rugby or its bodies”.

The former lofty midfielder was revealed to have expressed his frustration with the 14 main officials standard via text messages to Franck Maciello, the head of the French referees.

This is the second such ban the Irishman has received after he was banned from playing on the touchline on match day for six weeks after facing a charge of disrespect to a referee two months ago.

The LNR statement read: “Ronan O’Gara was handed a ten-week suspension and fined €20,000, of which €5,000 was accompanied by a suspended sentence for an ‘attack on the best interests of rugby’.” ‘…

“Consequently, O’Gara will be requalified on January 30, 2023. In accordance with article 65 of the LNR general regulations, La Rochelle was sanctioned with a fine of €20,000, including €5,000 suspended. These decisions are subject to appeal to the FFR appeals committee within seven days of notification of the full reasoned decision.”

Who will replace Eddie Jones?

The Rugby Football Union has reportedly drawn up a three-man shortlist to replace Eddie Jones as England head coach after next year’s Rugby World Cup.

The RFU expects to finalize their appointment in May, just four months before the tournament in France begins, and is ready to communicate with all three candidates now that Bill Sweeney, their chief executive, is back after six weeks in New Zealand to Rugby Women’s World Cup.

Sweeney had said that the winning candidate could form part of England’s management team at the World Cup. The RFU initially stated that they preferred an English head coach, but that stance has been softened.

Mike Brown, the former England fullback who captained the Barbarians against the Harlequins, wrote in his mail on sundaycolumn that he was “convinced” that Robertson would be the “perfect successor” to Jones.