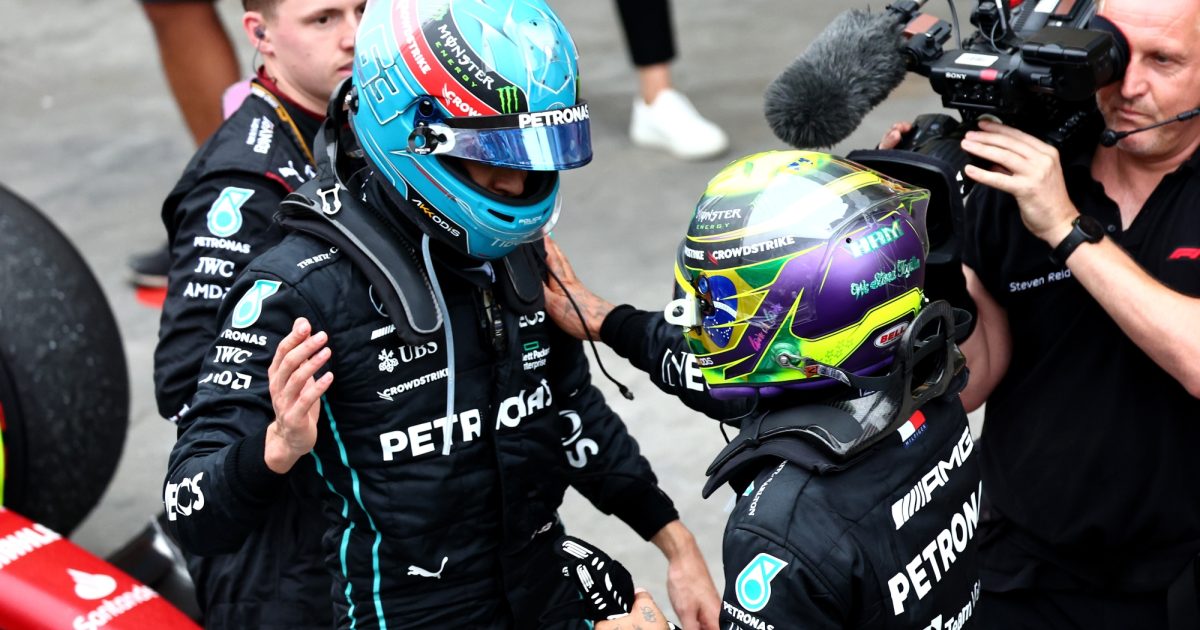 George Russell has been reflecting on his first season as Lewis Hamilton’s teammate at Mercedes, and the young Briton admits it’s “not easy” to race alongside the seven-time world champion.

Russell, who replaced Valtteri Bottas at Silver Arrows for 2022 after a three-year spell at Williams, had a rocky start to his debut campaign, with the team struggling to match the pace of Red Bull and Ferrari.

Despite this, the 24-year-old became a regular points-scorer and finished the year P4 in the World Championship with 275 points, while Hamilton finished a career-low P6 with 240 points.

Russell also took his first F1 win at the Brazilian Grand Prix with a 1-2 finish for Mercedes.

Russell reflects on being a Hamilton teammate

After a difficult start to the season, Russell admits the team have been on quite a journey throughout the campaign, which has also taken them to the “limit” of Hamilton.

“I feel very lucky to be on this team, teammates with Lewis, learning a lot, being pushed to my limits,” Russell told the f1 nation podcast after the season-closing Abu Dhabi Grand Prix.

“It’s not easy to be a teammate with someone as fast and great as him. But it’s been a great year in many ways.”

“What we all do, every person in this paddock, we are very lucky to travel the world, driving the fastest cars in the world on the best tracks in the world.

“I’m knackered now, but still, there’s a lot to look back on and be happy about.”

Mercedes aims to ‘come out fighting’ in Bahrain

While Russell can see the positives in 2022, most notably his victory in Brazil, he acknowledges that the team wants to achieve much more next season.

“We have to take away the positives from the season,” he explained.

“The journey we’ve been on as a team has been immense but by our standards it’s definitely not enough.

“But there is a light at the end of the tunnel. Everyone is going to work immensely hard over the winter, and hopefully we’ll be out next season.” [in] Bahrain, fighting and challenging those boys in red and blue.”