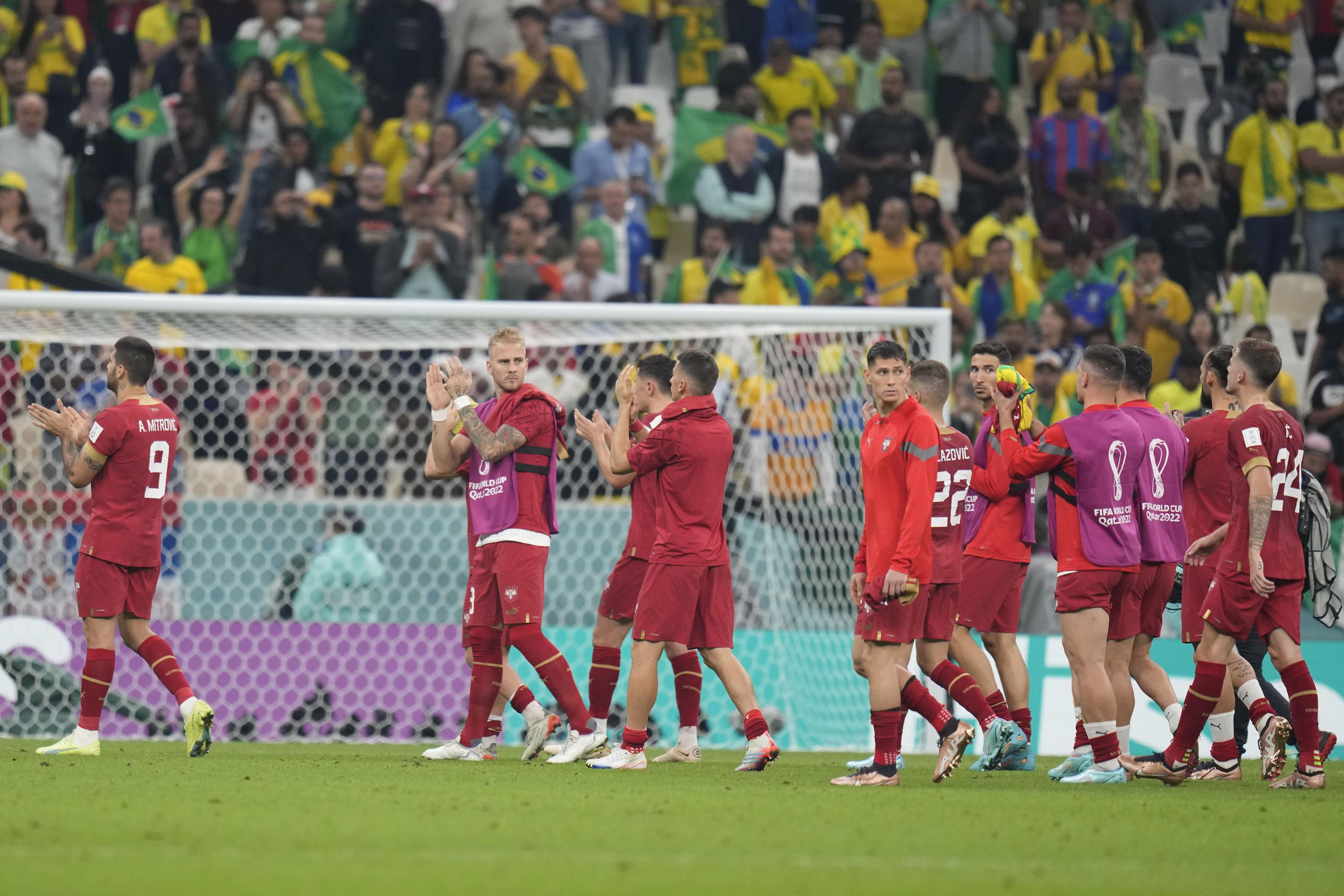 DOHA, Qatar (AP) — The Serbian soccer federation was accused by FIFA on Saturday of hanging a political banner about neighboring independent state Kosovo in the locker room before playing Brazil in the World Cup..

It showed a map of Serbia that included the territory of its former province, which has been an independent state for almost 15 years, and the slogan “No Surrender”.

Photos circulated of the banner placed over the lockers of Milos Veljkovic and Andrija Zivkovic ahead of the team’s 2-0 loss to Brazil on Thursday in Qatar.

The Kosovo football federation formally complained to FIFA and its sports minister, Hajrulla Ceku, described the image such as using the World Cup to promote “hateful, xenophobic and genocidal messages”.

FIFA cited a section of its disciplinary code that covers misconduct including “offensive gestures, signs or language” and “using a sporting event for demonstrations of a non-sporting nature.”

Soccer’s governing body did not give a timetable for a verdict, although Serbia plays Cameroon next Monday.

Since Kosovo became a member of FIFA and UEFA in 2016, the European soccer body has ensured for security reasons that its national teams cannot meet Serbia or Bosnia-Herzegovina in World Cup qualifying groups. and the Eurocup.

The question of Kosovo’s independence sparked a 1998-1999 war in which some 13,000 people died. Serbia launched a brutal crackdown to stop a separatist rebellion by ethnic Albanians in the territory. NATO bombed Serbia in 1999 to end the war.

Kosovo unilaterally separated from Serbia in 2008. The Serbian government, with the support of China and Russia, has refused to recognize Kosovo’s statehood. The United States and most of its European allies recognize Kosovo as an independent country.