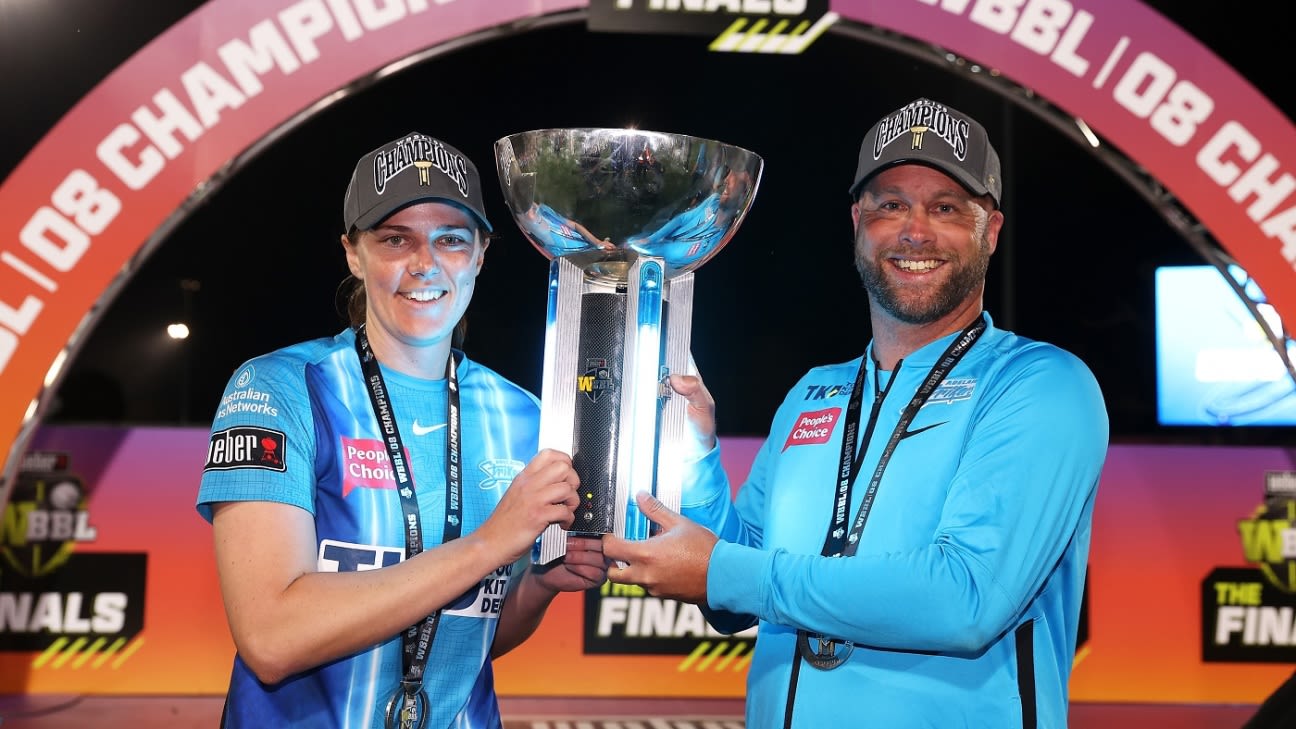 Tahlia McGrath has won a lot this year – an Ashes, an ODI World Cup and a Commonwealth Games gold medal. Now, after two painful near misses, she can add a WBBL title to that list.

Although the WBBL teams are distinct from the state teams, they actually stick very close, particularly when it comes to playing in squads. For McGrath, who was named Australian vice-captain last week, her entire career has been in South Australia, which meant a lot to her when she was able to hold up the trophy.

“This one has been a long time in the making. When you get this close so many times, you keep the same group together, you keep fighting, and you finally get one. So this one is pretty special.”

Adelaide Strikers had been on a 6am flight to Sydney on Friday morning following their Challenger win over Brisbane Heat in Adelaide. McGrath said most of the team had spent yesterday afternoon sleeping, but perhaps the quick turnaround helped them avoid thinking too much about the final.

Having received a solid foundation with a starting position of 51 between Laura Wolvaardt and Katie Mack, the Strikers then worked on the next 11 overs before Deandra Dottin, who was named Player of the Final, helped them lift them to 147, still for below what is normally needed at North Sydney Oval.

But a remarkable start in the innings by the Sydney Sixers all but decided the contest. After losing two catches in the same over, the Strikers were able to remove Alyssa Healy for 1 and by the end of the sixth over, the Sixers were 4 for 17, which included a double-wicket maiden to Dottin.

McGrath admitted it wasn’t the Strikers’ best fielding display, though that wasn’t high on his list of thoughts immediately afterward, but insisted there was never any panic throughout the game as they looked to bounce back from the loss to 12 runs last season in the final against Perth Scorchers, a match that had almost identical totals to this year’s decider.

“It was a sense of composure,” he said. “It was calm in the team today, everyone was relaxed, everyone knew what they had to do, we weren’t intimidated by the occasion. We had a very good start, we stumbled in the middle, then D-Dot [Dottin] it was amazing in the end. We went out thinking it was a little below average, but at the same time there was enough at the wicket if we were disciplined enough, subtle changes of pace, [and the] The best bowling attack in the league…

“It’s never ideal to make traps but then again, we stayed cool… Our pitchers were amazing. I’d back us to defend any total and once again they did the job today.”