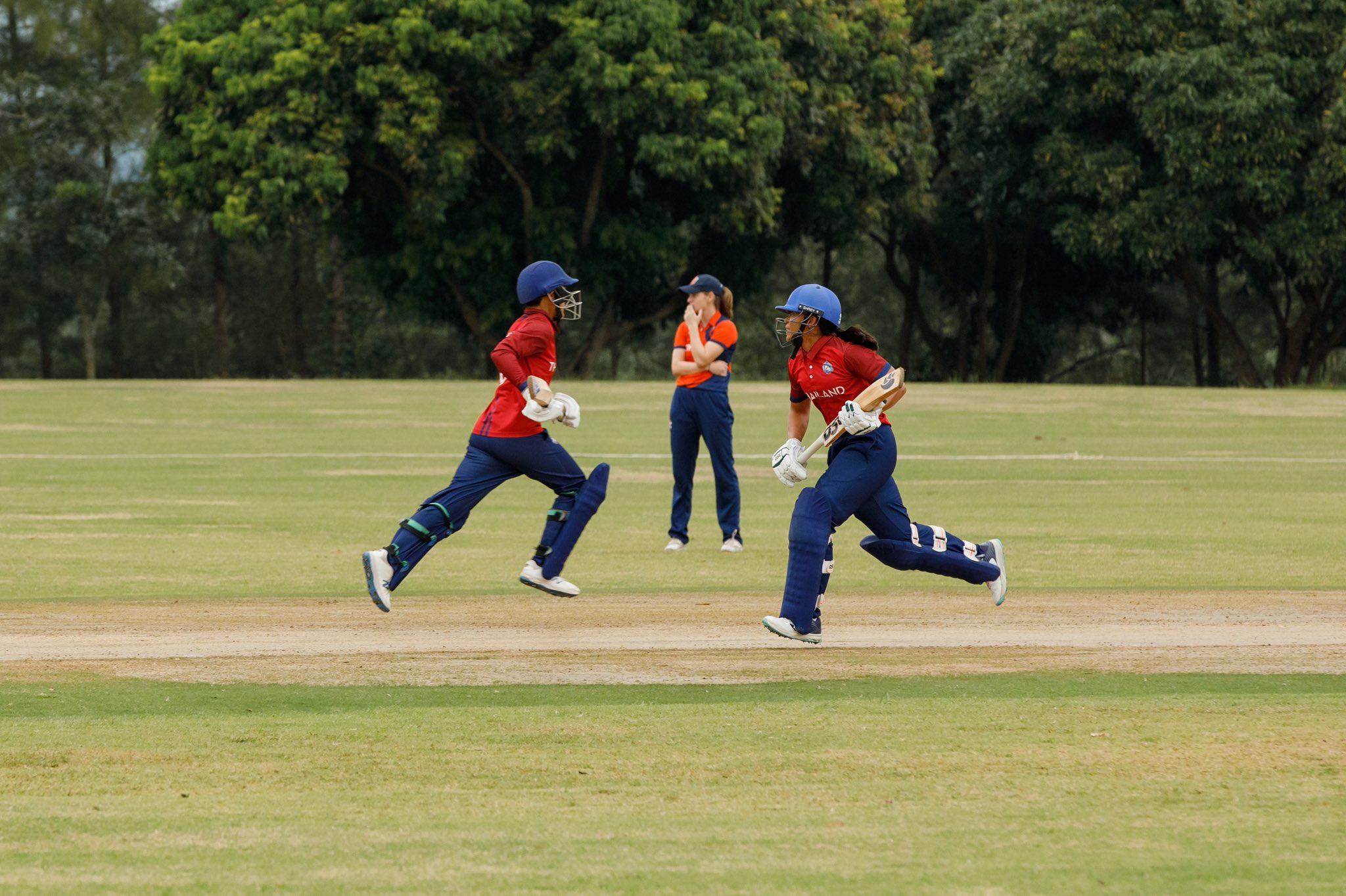 Thailand and the Netherlands were added to the MRF Tires ICC Women’s ODI Team Rankings after a four match series in Chiang Mai which Thailand won.

Thailand completed a 4–0 ODI series victory over the Netherlands as the two teams reached the ICC ODI women’s team rankings for the first time.

The series began with a crushing victory for Thailand on their ODI debut. A century from Nattakan Chantham gave them 243/9 in 50 overs with no other batsman making 25 runs or more.

Onnicha Kamchomphu caught three wickets while Suleeporn Laomi and Thipatcha Putthawong took two each to dismiss the Netherlands for 134. With the match reduced to 46 overs in the second innings due to rain, Thailand completed a 100-run win by the method DLS.

A limit and 2 wides turned the tide to the Netherlands but de Lange was caught and bowled for a duck and Bloeman soon followed and the Netherlands were bowled out for 168. Thailand had won by 8 runs. pic.twitter.com/CiJCeBbh2R

In the second ODI, Chantham once again fired from above for Thailand, but the Netherlands exerted more control with the ball, dismissing Thailand for 176 with Eva Lynch taking 4/33.

An 80-run opening partnership between Babette de Leede and Sterre Kalis put the Netherlands on course to scuttle the target, but Thailand fought their way through with regular wickets, eventually bowling out the Netherlands for 168 to sneak into an eight-run victory.

Thailand once again completed a dominant third ODI victory to seal the series victory, skipper Naruemol Chaiwai winning the Man of the Match award with Chantham and Laomi impressing once again with bat and ball respectively.

Thailand completed the clean sweep on Saturday, chasing down 146 in 26.1 overs with Chantham top-scoring on 74 balls from 68. Earlier, Nanthita Boonsukham took 4/26 with the ball to dismiss the Netherlands for 145.