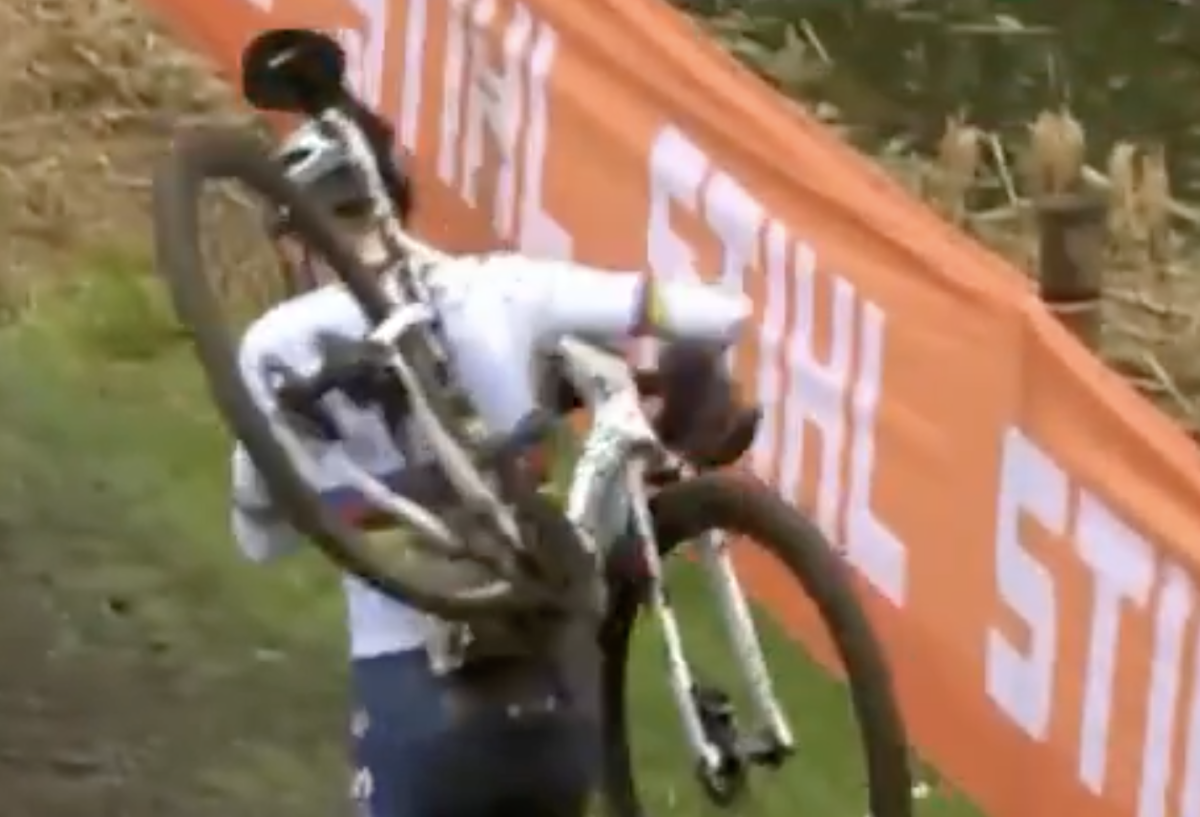 Having taken his first win of the new cyclocross season at the X2O Trofee in Kortrijk on Saturday, it was a different story for Tom Pidcock at Sunday’s UCI World Cup round in Hulst.

The world champion faced Mathieu van der Poel for the first time in the seventh round of the competition, but was forced to retire from second place after suffering a broken rear wheel.

Pidcock was chasing at 12 seconds when the incident occurred. Having passed the pit area for the last time, his race came to an unfortunate end.

He continued on foot with his bicycle on his shoulder, but was soon forced to concede defeat.

“I don’t know exactly what happened either,” said the Ineos Grenadiers driver. Het Nieuwsblad (opens in a new tab). “I think I hit something, maybe that pole or maybe something else. I’m not really sure. My wheel broke after that. I walked for a while, but it was still far away, and it was of little use.”

It was the second mechanical problem to bother Pidcock in just over a week. At Overijse on November 20, Pidcock suffered a gear jam at the start line, leaving him behind the field on the first lap.

Van der Poel took the solo victory in Hulst, the Dutchman beating Lars van der Haar by 15 seconds in his first race after almost a year out of the discipline.

From Pidcock’s perspective, he can at least look back on the weekend and celebrate his first win in rainbow stripes which he earned in Fayetteville in late January. With Sunday’s race finishing earlier than usual, he too had a bit more time, taking the scenic route home with his younger brother Joe.

“I was planning to travel home with my brother,” Pidcock said before the trip with his brother, who will compete for Continental’s Trinity team next season. “Today the ‘cross’ was done early so we had that chance. I think it’s about 60km from home.”

Pidcock is set to continue his crossover campaign through the winter, with more battles with Van der Poel and Wout van Aert on the horizon, although he is not sure if he will defend his world title at Hoogerheide on February 5.

“The World Championship is very late this time, isn’t it? If you peak for this Championship and then you have to prepare for the Classics…” he said earlier this month.

The top-level cyclocross season continues over the weekend with the UCI World Cup round in Antwerp on December 4.

Pidcock was heading for 2nd place but a broken wheel forces him out of the race! 😱 #CXWorldCup pic.twitter.com/Sz9PPC4sVjNovember 27, 2022