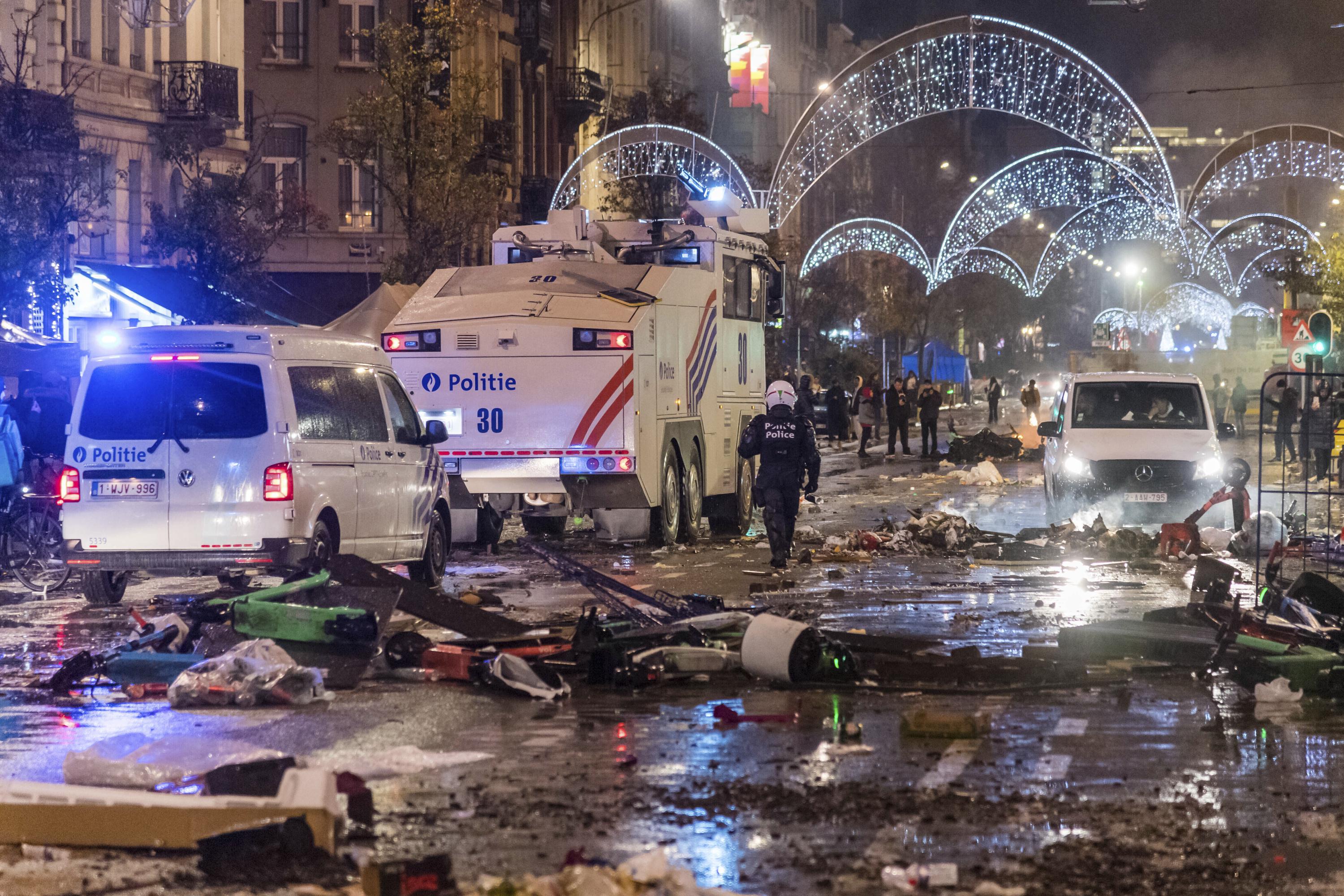 BRUSSELS (AP) — Riots broke out in several Belgian and Dutch cities following Morocco’s upset 2-0 victory over Belgium in the World Cup on Sunday.

Police detained a dozen people after deploying water cannon and tear gas to disperse crowds in Brussels and eight more in the northern city of Antwerp. Two police officers were injured in the Dutch port city of Rotterdam. By late Sunday afternoon, an eerie calm had returned to most of the cities involved.

Brussels Mayor Philippe Close urged people to stay away from the city center and said authorities were doing everything they could to keep order on the streets. Even metro and tram traffic had to be stopped on police orders.

“Those are not fans, they are rioters. The Moroccan fans are there to celebrate,” Close said. There were also riots in the city of Antwerp and Liège.

Police in the neighboring Netherlands said violence broke out in the port city of Rotterdam when riot officers tried to disperse a group of 500 soccer fans who hurled fireworks and glass at police. The media reported riots in the capital Amsterdam and The Hague.

Morocco’s victory was a huge surprise at the World Cup and was enthusiastically celebrated by fans with Moroccan immigrant roots in many Belgian and Dutch cities.