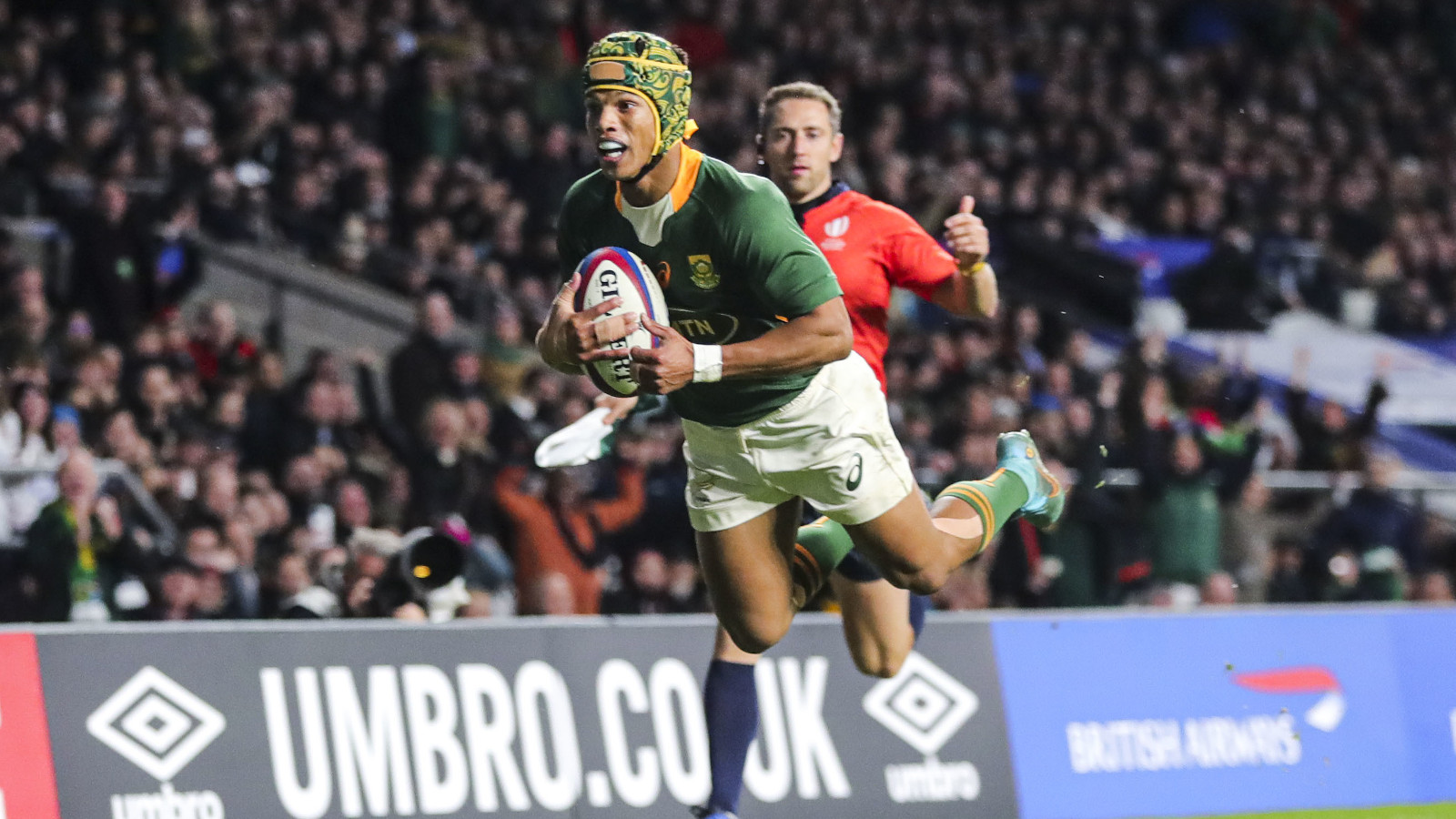 South Africa produced a powerful performance by beating a dismal England team 27-13 in their Autumn Nations Series clash on Saturday.

Despite South Africa being red-carded by substitute prop Thomas du Toit for a dangerous challenge in the 60th minute, they comfortably beat England, whose only try came late through Henry Slade as they ended their Autumn Nations Series on a poor note. note.

Signaling their discontent, the home crowd booed as the final whistle blew.

Unfortunately for South Africa’s director of rugby, Rassie Erasmus, he was not around to witness a complete victory as he completed a two-match ban for criticizing referees last month.

Erasmus’s actions meant that a half-time performance meant to mark Wayne Barnes’ 100th Test as referee was canceled out of fears he could be abused after he was attacked online after overseeing the Springboks’ defeat to France .

It was clear from the start that referee Angus Gardner had a job on his hands with multiple scrum restarts and extensive conversation from both sides keeping him busy.

Farrell missed a penalty and, when Alex Coles was penalized a second time, South Africa used their line-out to turn the screw with Siya Kolisi stopped on the line.

England were unable to escape their half and shortly after Willemse had scored a drop goal, the Springboks fly half launched an impressive counter-attack that started on their own 22-yard line.

Accelerating into space and aided by a block on Freddie Steward, he found Willie le Roux, who presented Arendse with a one-on-one against Marcus Smith that the Bulls wing completed at top speed.

Willemse was wreaking havoc when he broke free once more and, once England had been warned for repeated defensive offences, De Klerk increased the lead to 14-3.

England changed their entire front line and also brought in full-back Jack Nowell for the second half, but that made no difference to South Africa as Willemse kicked another drop goal.

Farrell responded with a penalty, but Jonny Hill’s wild moment with De Klerk allowed the Springboks to attack and, with Tom Curry sent to the sin-bin for a ruck offence, Etzebeth landed under the posts.

De Klerk converted and fired another three points only for Du Toit to receive his marching orders.

England were finally finished on 72 minutes, Slade diving in to end a long-range move started by Nowell, but they had nothing left in the tank against a resolute South Africa.