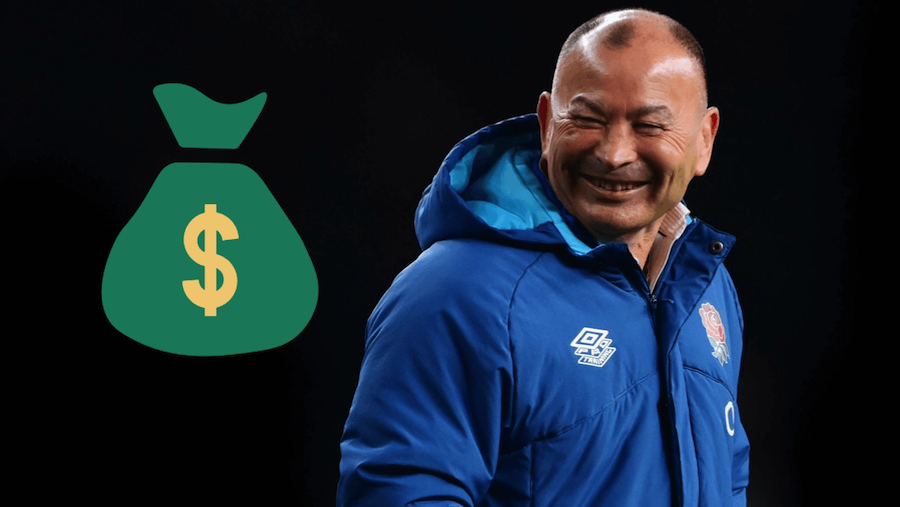 England head coach Eddie Jones has revealed big bounty details as his future remains up in the air.

Sources suggest the Australian will be paid £800,000 if he is sacked as England boss, but could not take another job before the Rugby World Cup.

The RFU had promised a review but sources indicated they may act before then to close the curtain on Jones’ seven-year tenure with the 2003 World Cup winners.

The Mail Online reported that the RFU’s top performance executive Conor O’Shea was looking for players.

A performance involving Jones, senior RFU figures and members of the media was scheduled to take place on Monday 5 December but has now been postponed.

The duo’s potential exit adds further disruption to Jones’ backroom staff, which has faced significant turmoil during his tenure.

Who will replace Eddie Jones?

The Rugby Football Union has reportedly drawn up a three-man shortlist to replace Eddie Jones as England head coach after next year’s Rugby World Cup.

The RFU expects to finalize their appointment in May, just four months before the tournament in France begins, and is ready to communicate with all three candidates now that Bill Sweeney, their chief executive, is back after six weeks in New Zealand to Rugby Women’s World Cup.

Sweeney had said that the winning candidate could form part of England’s management team at the World Cup. The RFU initially stated that they preferred an English head coach, but that stance has been softened.

Mike Brown, the former England fullback who captained the Barbarians against the Harlequins, wrote in his mail on sundaycolumn that he was “convinced” that Robertson would be the “perfect successor” to Jones.