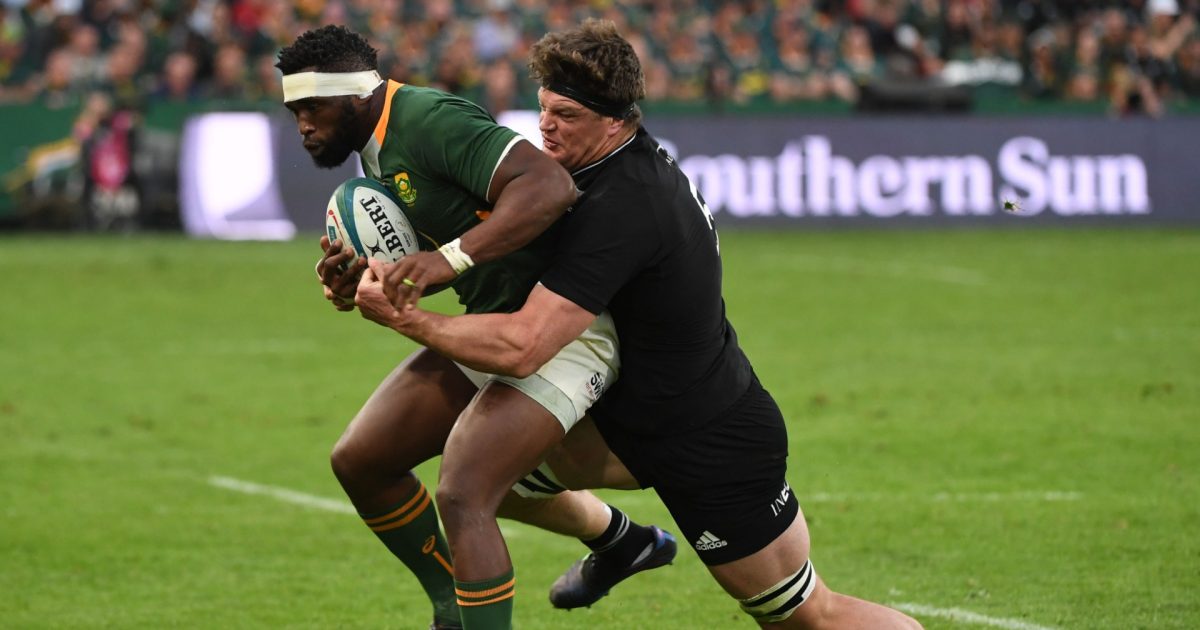 While the All Blacks are always under some degree of pressure and scrutiny, Springbok captain Siya Kolisi thinks it “is funny” how harshly they have been criticized this year.

Both the legacy of the coveted black jersey and the passion of its fans make All Black membership one of the highest honors a New Zealander can achieve.

But there’s pressure with it, a lot of expectation, that has caused countless players in the past to sink or swim in the test arena.

The All Blacks had to aim to prove this season after losing crucial clashes with Ireland and France on their season-ending tour last year.

While the men in black were able to avenge that loss against the Irish at Eden Park to open their season, a disastrous losing streak followed.

New Zealand had never lost a test against Ireland at home, but they lost their next two matches and ultimately the series after a cliffhanger in Wellington.

After losing to the Springboks and Argentina during The Rugby Championship, the All Blacks began to change their ways.

The All Blacks ended their season on a seven Test unbeaten run, which included a dramatic draw against England at Twickenham.

Considering how competitive international rugby is now, the All Blacks deserve some praise.

Star wing Siya Kolisi was asked about the All Blacks’ form this year and the criticism they had received, which he was quick to dismiss by commenting on the “good tough time” the men in black have had this year.

“It’s funny how you say it’s been a difficult time for the All Blacks as they’ve won almost every competition they’ve played in,” Kolisi said in SENZ breakfast.

“That’s a tough good time to have. That just shows the expectation of the group and I think it’s an incredible group.”

As for reigning World Cup champions South Africa, they ended their 2022 season with a resounding victory over Eddie Jones’s England last weekend.

While the Springboks lost to Ireland and France during the Autumn Nations Series, they will undoubtedly be contenders in next year’s World Cup.

“A lot of players raised their hands so we would have loved to win all four games, but I think we got the answers we needed.”

The Springboks created some history with the 27-13 win at Twickenham, which was their first win at the venue in years.

South Africa controlled the Test after racing out to a convincing lead at half time. England trailed 6-27 before Thomas du Toit received a red card an hour after the match, giving them a glimmer of hope.

While they were able to score the last try of the night at 72North Dakota minute, the local team was still unable to get close to the strong advantage of their rival.

“For most of us it was the first time we had won at Twickenham.

“We know what we can do and we really trust every single guy on the team. For some people it might have been their last time playing (at Twickenham) because next year is a World Cup.

“Everybody had to stand up and I thought about the way we fought together as a group after the two close losses against Ireland and France, and then obviously we had a good performance against Italy.

“We knew this meant a lot, not just to us, but also to the people back home. Despite how hard the tour was, people didn’t stop supporting us.

“It just reminded us of what we’re playing for and what a privilege it is and we have to deliver on the day.”