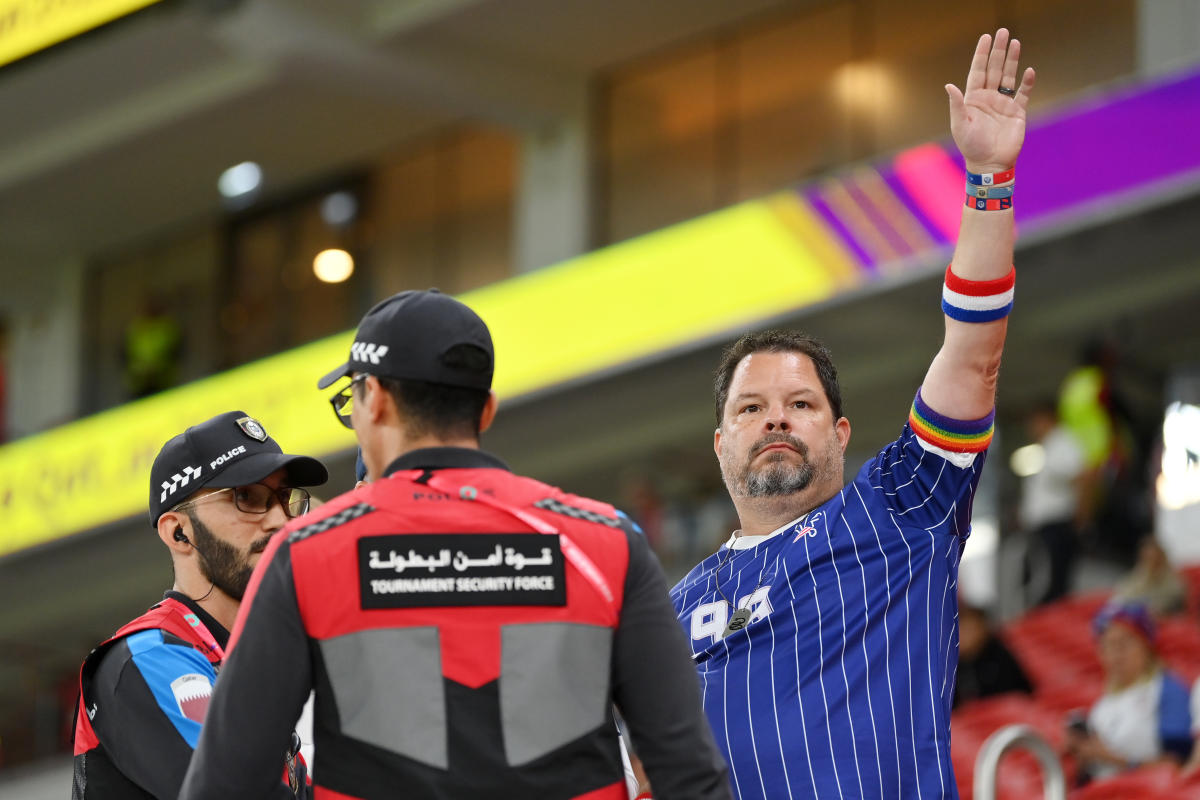 An American fan was asked to leave Al Thumama Stadium in Qatar on Tuesday ahead of the United States’ 1-0 win over Iran for wearing a rainbow armband.

American Brian Davis told Danish journalist Rasmus Tantholdt that security at the front gates told Davis he could wear his bracelet. It was later that the guards confronted him in his seat.

Davis said the guards “twisted my arm” and “were very aggressive.”

He was then escorted out of the stadium, but later returned to his seat.

On Wednesday, Davis told Yahoo Sports in a text message: “I’m 100% fine…I’m back with no problems well before the national anthems.”

The incident is the latest of its kind at the World Cup. A pair of American journalists said they were told by authorities to remove their rainbow-patterned clothing at the locations. Los Angeles Times reporter Kevin Baxter said he was told a rainbow-colored face mask was not allowed at the USMNT training site.

Prior to USMNT’s 1-1 draw with Wales, journalist Grant Wahl said he was briefly detained by security for a rainbow jersey he was wearing. Wahl said he was held for about half an hour and a security guard “forcibly ripped my phone out of my hands.” They finally let him into the stadium.

LGBTQ rights have been a main focus of the World Cup in Qatar, a country with a poor human rights record where homosexuality is criminalized. FIFA and other organizers promised that LGBTQ fans and players would be welcome, but problems have cropped up repeatedly throughout the tournament. Seven European teams have suspended their plans to wear rainbow anti-discrimination captains’ armbands after FIFA threatened them with “sporting sanctions”. FIFA has also reportedly demanded that Belgium remove the word “love” from the collar of their jerseys.

A protester disrupted a match between Portugal and Uruguay on Monday night by running onto the pitch wearing a rainbow flag and a T-shirt supporting the Iranian and Ukrainian protesters.