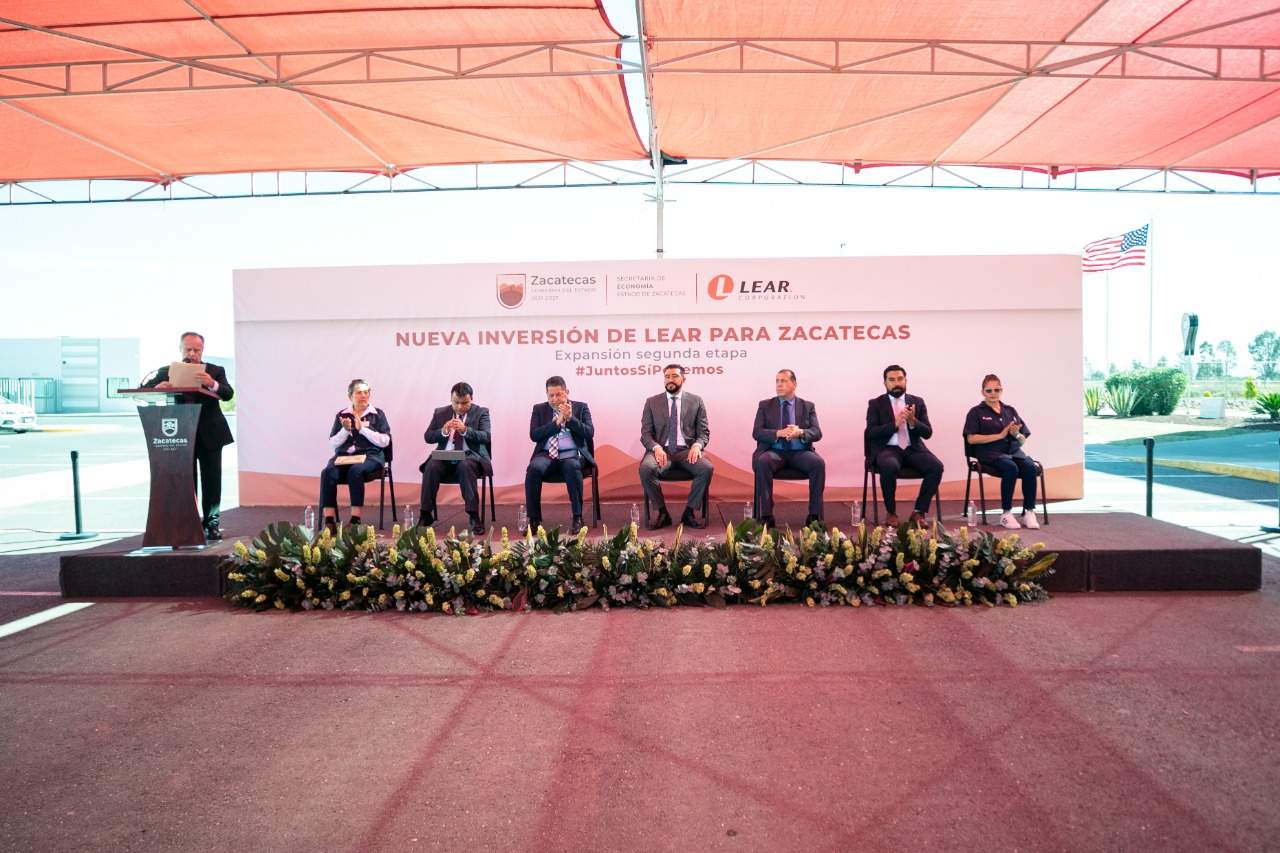 ZACATECAS – The American Tier 1 supplier Lear Corporation will expand its production capacity for automobile seat covers in Zacatecas, which will allow the creation of 600 new formal jobs.

This was announced by the Minister of Economy, Rodrigo Castañeda Miranda, and executives of the transnational, who announced a new investment of US$8.2 million to expand the plant, which currently generates 2,700 jobs.

During the announcement, the Minister of Economy emphasized that the automotive sector is one of the four engines of the administration; In that sense, he recognized the Lear Corporation for trusting in this state and growing its investments.

It is worth mentioning that more than 42 thousand inhabitants of the state are employed in the manufacturing industry, which represents 11 percent of the local Gross Domestic Product (GDP), a percentage similar to that of mining.

For their part, Mario Espinoza, plant manager of Lear Corporation, and Noé Cepeda, Director of Operations, recalled that this company, which manufactures car seats and electrical systems, opened its doors in the state territory in 2016, with just 100 positions. of work; however, it currently employs 2,700 people from 50 communities.

Likewise, the Minister of Economy awarded Corporación Lear for being an inclusive company, since it offers workspaces to the elderly and people with disabilities.