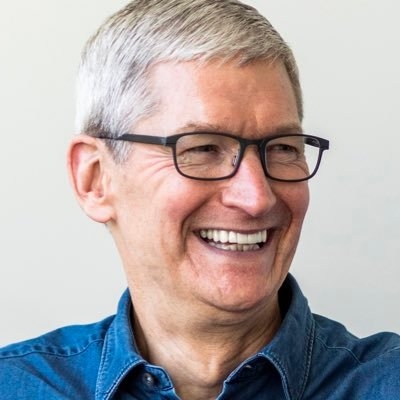 Washington, December 2 Apple CEO Tim Cook ignored questions about violent protests in China that have hampered iPhone production at factories of his key suppliers in the country.

Fox Business asked Cook several questions as he arrived at the Capitol in Washington, DC, to meet with lawmakers Thursday night.

Cook declined to comment on whether he supported the Chinese people’s right to protest and his thoughts on factory workers being beaten by authorities.

The Apple CEO was also silent on whether he backed his company’s business dealings with the Chinese Communist Party.

Cook was in Washington to meet with Republican leaders this week as the House Judiciary Committee will consider antitrust issues related to the App Store.

The AirDrop feature allows users to share content between Apple devices. The tool was widely used during the pro-democracy protests in Hong Kong in 2019.

Earlier this month, an update to Apple iOS included an additional AirDrop feature that applied only to iPhones sold in mainland China.

Per the update, iPhones can now only set their AirDrop to receive messages from “everyone” for 10 minutes before turning off.

The other settings allow file sharing between “contacts only” or “reception”.

Amid Covid-related protests in China, Apple is facing a growing iPhone shortage.

The company has reportedly seen a $165 billion market value erosion since last week on concerns over weak holiday sales.

Shipments of Apple’s iPhone 14 Pro models may reportedly drop by 20 million in the fourth quarter (Q4).

According to Apple analyst Ming-Chi Kuo, shipments of the iPhone 14 Pro and iPhone 14 Pro Max models will be 15 to 20 million units lower than expected.

Last week, workers at the Foxconn factory, Apple’s biggest supplier in China, clashed with security forces and company officials amid protests over late payment of bonuses during the Covid lockdowns.

Disclaimer: This post was auto-published from an agency feed with no text edits and has not been reviewed by an editor.