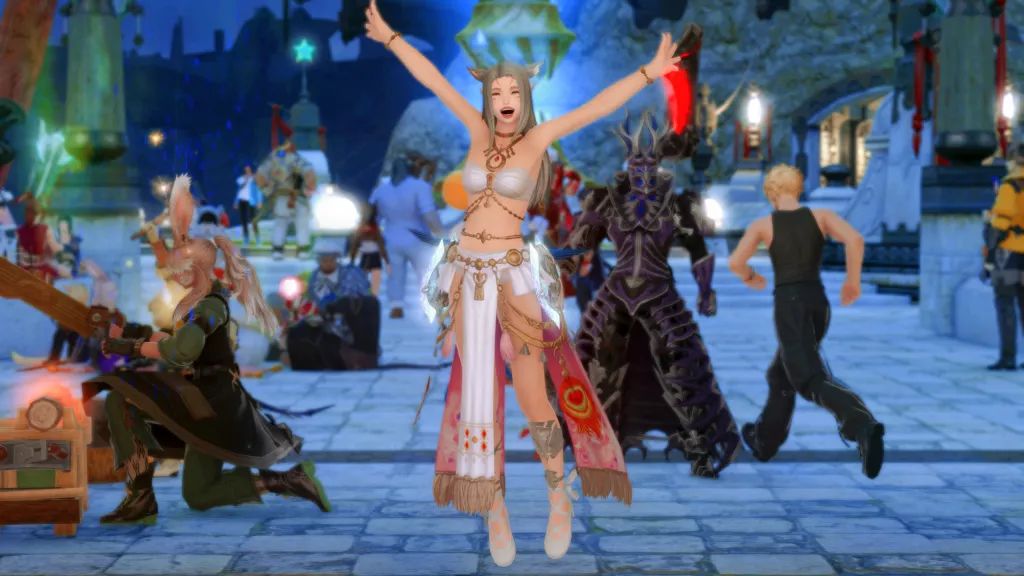 Great moments in PC gaming they’re bite-sized celebrations of some of our favorite gaming memories.

I have never taken gaming very seriously. I’m not competitive, I don’t min/max, and I stay away from anything that involves ranking my skill. At least, until I tried my first wild run in Final Fantasy 14.

I’ve played the MMO on and off since 2014, but would always comfortably stop just before things got too difficult. That being said, I have vague memories of queuing up for Leviathan Extreme in damn duty seeker back in A Realm Reborn, an effort that took 90 minutes to queue up and then another 90 minutes to complete. Back then, I had no concept of “high-end” content, blinded by my desire to ride a fiery blue horse. I would never search for the best gear and I would never stray too far from my comfortable, casual path.

Then came Endwalker. Things were different. He wasn’t the only remaining member of a dead guild that was once occupied by my former co-workers. He was on a new server, with a new guild actually playing the game. We walked through the story of the expansion together and were done in just over a week. Then came the question: “When are we going to do the extreme tests?” Again, my only experience of these was a single motivated race by a horse.

Tentatively, I accepted. We start with the second extreme test, spending our Christmas week cleaning together. I wasn’t very good. My fear of healing outside of casual content made me switch from my main white mage to a dancer. I didn’t have my rotation down, mindlessly hitting whatever button was lit, but I found I wasn’t too bad at memorizing boss patterns. It was actually quite exciting.

January 2022 arrived and with it wild raids. Harder versions of the normal story-based raids and the second hardest thing in the game after the ultimate raids. This time, he was prepared. I spent time going over my rotation, practicing hitting dummies, and lurking on The Balance Discord server. I meticulously researched the mechanics, bought food and raid potions, and prepared myself to face the hardest thing I’ve ever attempted in FF14.

I spent over a week dying for mechanics over and over again trying to figure out who was faulting where. Nailing my rotation and figuring out when to help healers with mitigations. Adjusting to all the different strangers we met on the party finder, each with their own strengths, weaknesses, and beliefs about how things should be done. Some parties were better than others, of course. We hit enrage multiple times, an invisible 10 minute timer that clears the party when it’s over, and it was daunting to die with the boss below 1% HP.

But then we did. We did it! The screen went black and a cutscene of the boss being taken down played. It’s exactly the same as the one played in the normal version, but seeing it this time around was so much sweeter. I’ve never considered myself capable enough to play ‘hard’ versions of the games I love, and yet here I was. The process of learning, improving, and finally defeating the boss was a surprisingly addictive journey. Seeing me and my friends progress, encouraging and comforting each other through fatal mistakes brought us all closer.

I have yet to clear a wild level. The time commitment turned out to be too much, and party seeker burnout is real as hell. But nothing will ever top the satisfaction I felt clearing out that first wild raid. Realizing that yes, it was actually good enough. Victory tasted sweet, but a new belief in myself was so much sweeter.