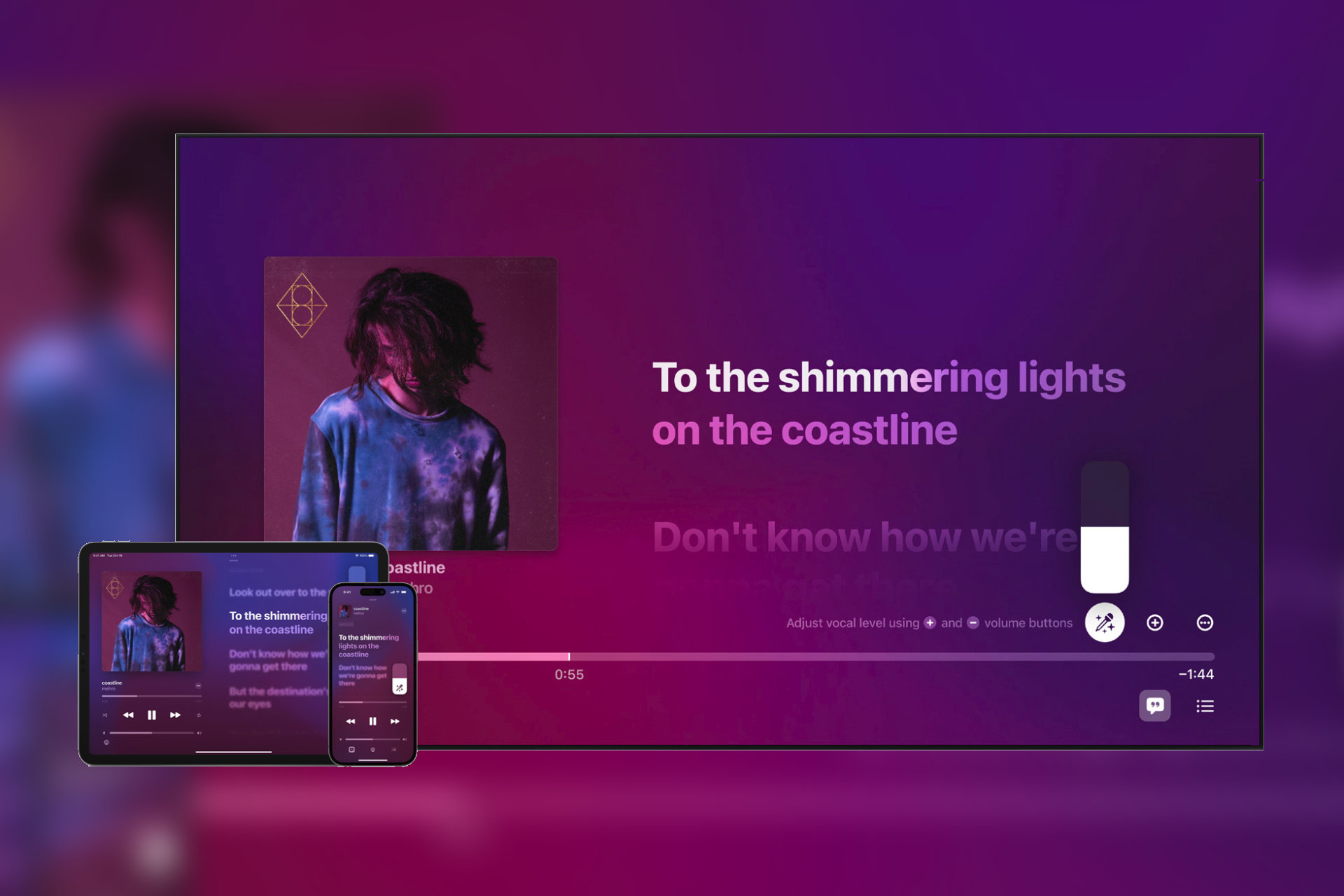 If you’ve ever needed the smallest excuse to sing along to your favorite tunes, Apple has provided it for you in the form of Apple Music Sing, a new feature coming soon to the music streaming service.

Once the feature launches later this month, anyone with an active Apple Music subscription can modify song vocals and lyrics in real time to sing solo or with others for an impromptu karaoke experience. As part of this, Apple Music Sing includes different lyric display options so you can easily perform lead vocals, duets, or choruses.

What does Apple Music Sing really include?

With tens of millions of songs available through the Apple Music library, the new feature gives you customizable options, making it easy to sing along with the music. It is compatible with iPhone and iPad devices, along with the latest Apple TV 4K.

Here are the full options available soon as per Apple’s announcement:

In addition to the new options, there will also be more than 50 playlists released with Apple Music Sing in mind. The songs on these playlists include remarkable duets, choruses, and hymns perfect for singing together. From an Australian perspective, surely John Farnham’s “You’re the Voice” is a sure thing.

In the fine print, Apple specifies that the upcoming karaoke feature isn’t compatible with the cheaper Siri-specific Apple Music Voice plan. Furthermore, the company mentions “compatible iPhone and iPad models” that work with Apple Music Sing, without specifying the exact models. It’s safe to assume that all devices running iOS 16 and iPadOS 16 will work, which means any iPhone 8 or later, and a fifth-generation iPad or later should be fine.

Apple also recently revealed its most downloaded apps on the App Store along with the 2022 App Store Award winners for the best software available on the company’s devices.