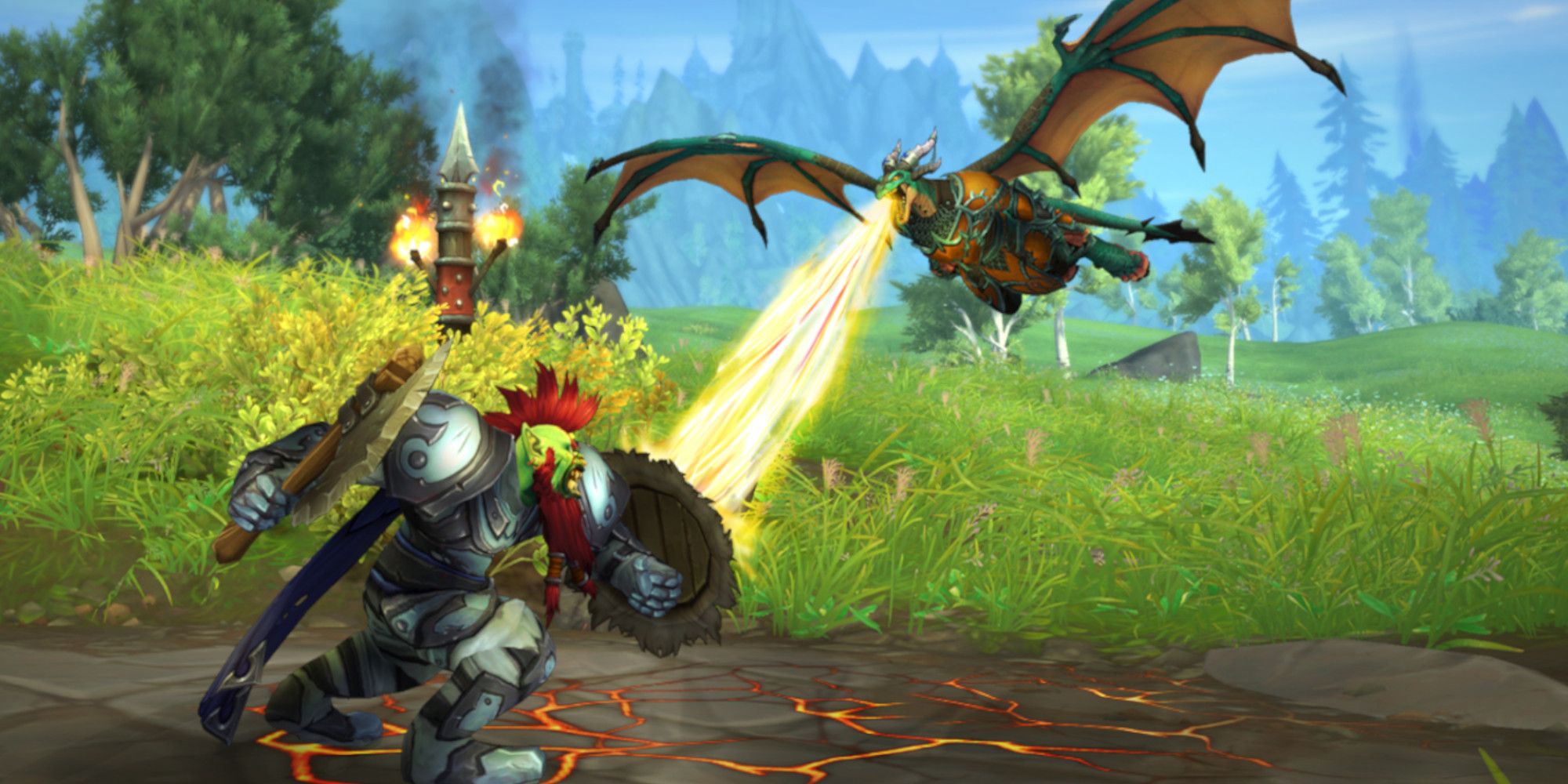 It’s been years since I turned on World of Warcraft’s War Mode, and I never expected to do it again. Even with his hefty XP bonus, he had no patience for the way people act when they’re allowed to fight each other in the world. The fantasy of meeting a player from the opposing faction and dueling as soldiers in an endless war that spans the globe seems tempting, but the reality is that activating War mode only invites trolls and pain. I just want to do my quests and progress through the campaign without some over-level jerk killing the quest NPC before I can talk to them, or camping outside of Orgrimmar to farm for new players, or following me around the area killing myself. and again just because they are bored. For every memorable encounter I’ve had with World PvP, I’ve had a dozen that made me want to cancel my subscription and uninstall the game.

I didn’t even consider turning on War Mode when I started Dragonflight, and pretty much forgot it existed until I hit level 70, finished the campaign, and found my first Wild Arcana world quest. Wild Arcana is a special PvP zone within a zone where Horde and Alliance players can battle each other while earning buffs and earning powerful rewards. While I was initially frustrated by the introduction of PvP into the normal world quest rotation, I was surprised to discover the positive effect riding dragons has had on the PvP world. Dogfighting and high-speed chases are not only great fun, but riding dragons also removes a lot of the incentive to be toxic.

Related: It’s been 8 years and no horror game has even come close to Alien: Isolation

Traditionally, one of the most frustrating things about War Mode has always been getting ambushed. When a bunch of Rogues and Demon Hunter jump on you while you’re minding your own business, it’s a completely helpless situation. When they keep doing it over and over again, you’re better off giving up, logging out, and trying to finish your quests later.

Many of the people who do this are trolls, but WoW has also encouraged this way of participating in PvP. If you are in a flying zone, you should ambush the players and kill them as quickly as possible so they don’t escape, get on their mount and hover in the air out of their reach. With regular flying mounts, you can do this indefinitely, so the only way to ensure kills is to be a little toxic, run with a group, and gank people.

Dragonriding completely eliminates the need to gank players because you can’t just hop on your mount and hang in the air until they’re gone. If your target gets away and mounts, you can follow it until it inevitably lands again. If they try to flail you out of the air, the fight quickly turns into a thrilling Top Gun-esque chase sequence as both dragon riders show off their best techniques.

There is a tremendous amount of skill involved in dragon riding, and much of it is never put to the test until you fight other players. A Spinning Surge can be used to take down your dragon riders, but the high cost of Vigor can cause you to lose momentum quickly if you miss, allowing your prey to escape. Additional talents can make you more effective, like Dragonrider’s Initiative, which allows you to create a shockwave where you land. If you manage to land right on top of your opponent, you can give yourself a huge advantage.

It’s not as complicated or as satisfying as the underrated dragon fighting game Century: Age of Ashes, but riding dragons adds a significant layer of complexity to PvP while removing the need to suffer to ensure kills. There will always be trolls in WoW, but the fun factor of riding dragons is a great incentive to play legally.

There are other great incentives too. Aside from world quests, there are new PvP-exclusive crafting materials and a new PvP currency called Blood Tokens that can be used to purchase gear starting at level 366, which is great for getting a head start on raids and Mythic dungeons. . You can only get bloody tokens if War Mode is on, which means I’m about to break a decade-long streak and join the PvPers on the battlefield and in the sky.

Next: TheGamer Game Of The Year Hub