Chief Kahpeaysewat has launched an official Moosomin First Nation app for smartphones to help them communicate with their members.

The Moosomin First Nation is a Cree nation that controls 13 reservations north of North Battleford, Saskatchewan.

User-friendly features like in-app search, quick and easy check-in, and one-touch calendar integrations remove barriers for seniors who may be less comfortable with technology.

The app is regularly updated to ensure compatibility with the latest operating system updates and device sizes, and to introduce new features and updates to the app. 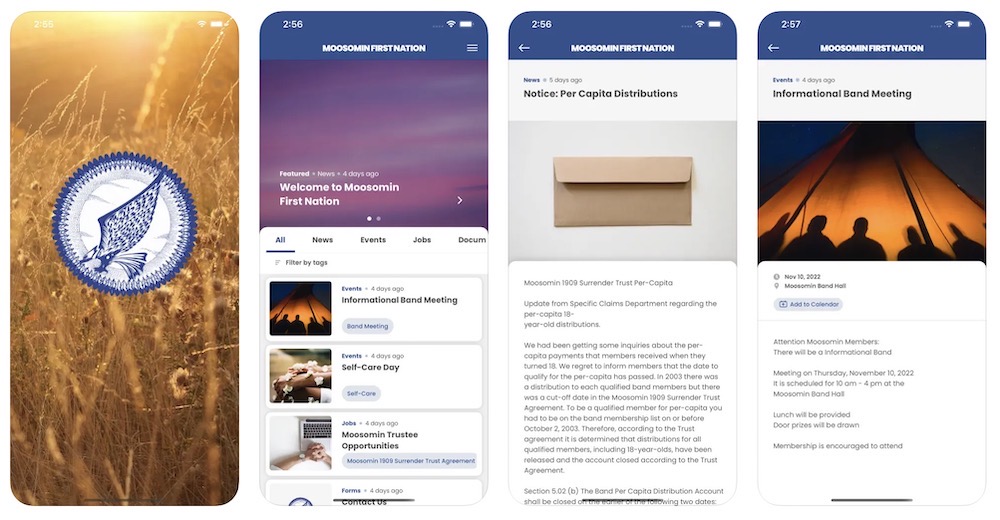 “Almost half of our members live off the reserve, so it’s important to make sure they feel connected to the community,” Chief Kahpeaysewat explained. “Push notifications are a quick and easy way to grab the attention of our members and make them less likely to miss an announcement or feel cut off from their culture and community.”

Features for app users include:

The official Moosomin First Nation app is now available to download for iOS and Android devices.

Other articles in the category: News

Apple has begun work on a 20-inch foldable OLED display, reportedly for a future MacBook Pro model, according to a report by The Elec (via MacRumors). This corroborates earlier information from display analyst Ross Young, who said in February that Apple wants to make a 20-inch foldable MacBook. The screen will be 20.25…

In response to the feedback and guidance it received, Apple announced that its Child Sexual Abuse Material (CSAM) detection tool for iCloud photos has now been permanently removed, reports Wired. Apple has been delaying its CSAM detection features amid widespread criticism from privacy and security researchers and digital rights groups who were concerned…