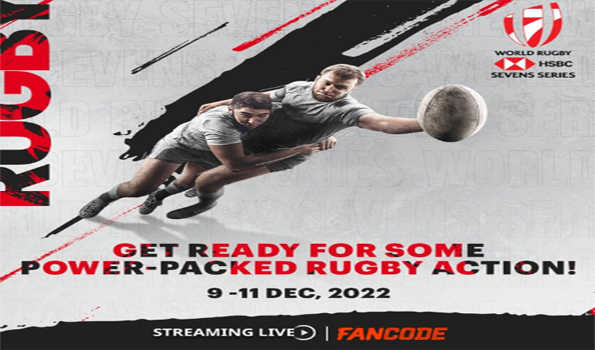 The highly anticipated series will be played across Asia, Africa, North America, Australia and Europe through May 2023, featuring over 400 action-packed matches across 11 tournaments hosted LIVE and exclusive on the FanCode mobile app (Android, iOS). , FanCode TV App available on Android TV, Amazon Fire TV Stick, Jio STB, Samsung TV and via the Web at www.fancode.com.

FanCode is curating a comprehensive and immersive digital experience aimed at revolutionizing the way fans consume sports, starting with the ability to curate choice data and analytics through interactive overlays while watching the live stream. Fans will also be able to rewatch and relive any moment of the game in near real time.

The stakes around the current iteration of the tournament will be the highest of all time, as the top four occupants of the position secure their tickets to Paris 2024. South Africa and Australia currently top the charts in the men’s series and respectively with the conclusion of the events in Hong Kong and Dubai. The teams are now battling it out in Cape Town in 48 matches scheduled between December 9-12.