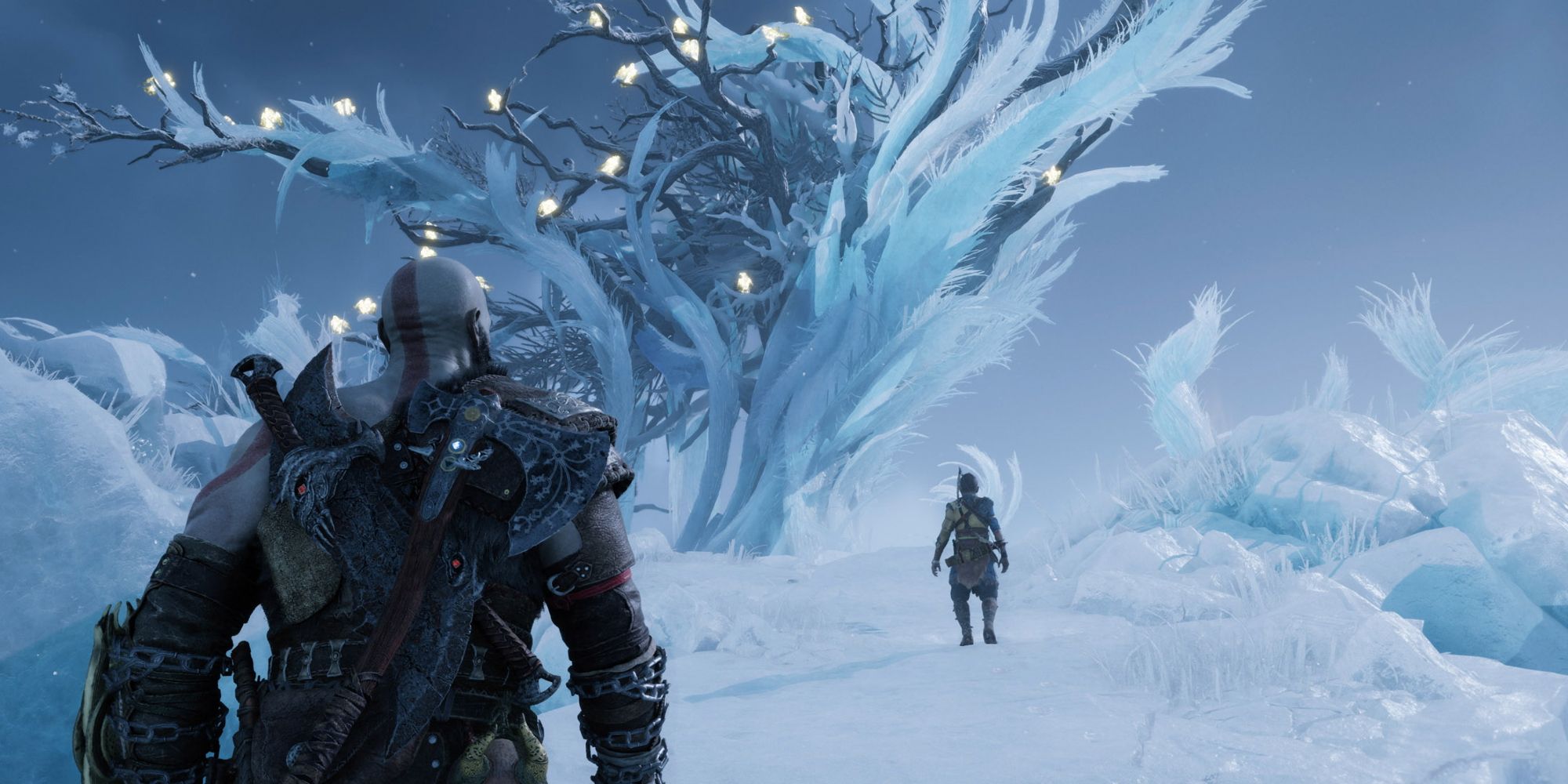 Throughout your time with God of War Ragnarok, you will come across many optional quests to complete and earn unique goodies. One of these quests involves the Eyes of Odin, those super irritating emerald ravens that you have to smash to pieces. Just like in the game of fists, there are dozens of ravens to throw your axe at, though Ragnarok takes pains to explain their actual origins. Watch out for minor spoilers for God of War Ragnarok in the future.

During your journey, you will eventually receive a seed that will allow you to travel to Niflheim. In this realm, you’ll see a large tree covered in raven spirits, presumably the ones you’ve already squashed in God of War (2018). It is here that one of the darkest quests of Ragnarok takes place, as these ravens will reveal more about their backstory the more you tear them to pieces in other realms.

Related: God Of War Ragnarok’s Drunken Thor Is An Accurate Reflection Of My Own Alcoholic Father Figures

However, it seems that many God of War fans either didn’t bother to find all of the Odin’s Eyes, or were simply too busy opening nearby chests to pay attention to the harrowing words spoken by the ravens. As explained on the God of War wiki, when a certain number of ravens are gathered, they will say the words “Mommy and Daddy tied the rope tight, to send us Odin to bask in his light”, implying that they are in actually, the spirits of children who were hanged by their parents as a tribute to Odin.

This came as a huge shock to Reddit user u/jakehieu and many others on the God of War subreddit, who presumably thought they were helping a bunch of mischievous crows? To be fair, it’s the only line in the game that really gives away that little detail, and you might not be paying much attention to the overall quest plot as it plays out throughout the entire game. In any case, it’s just another nice reminder that Odin isn’t a particularly nice person.

Next: WoW World PvP Is Finally Fun Thanks To Dragonriding