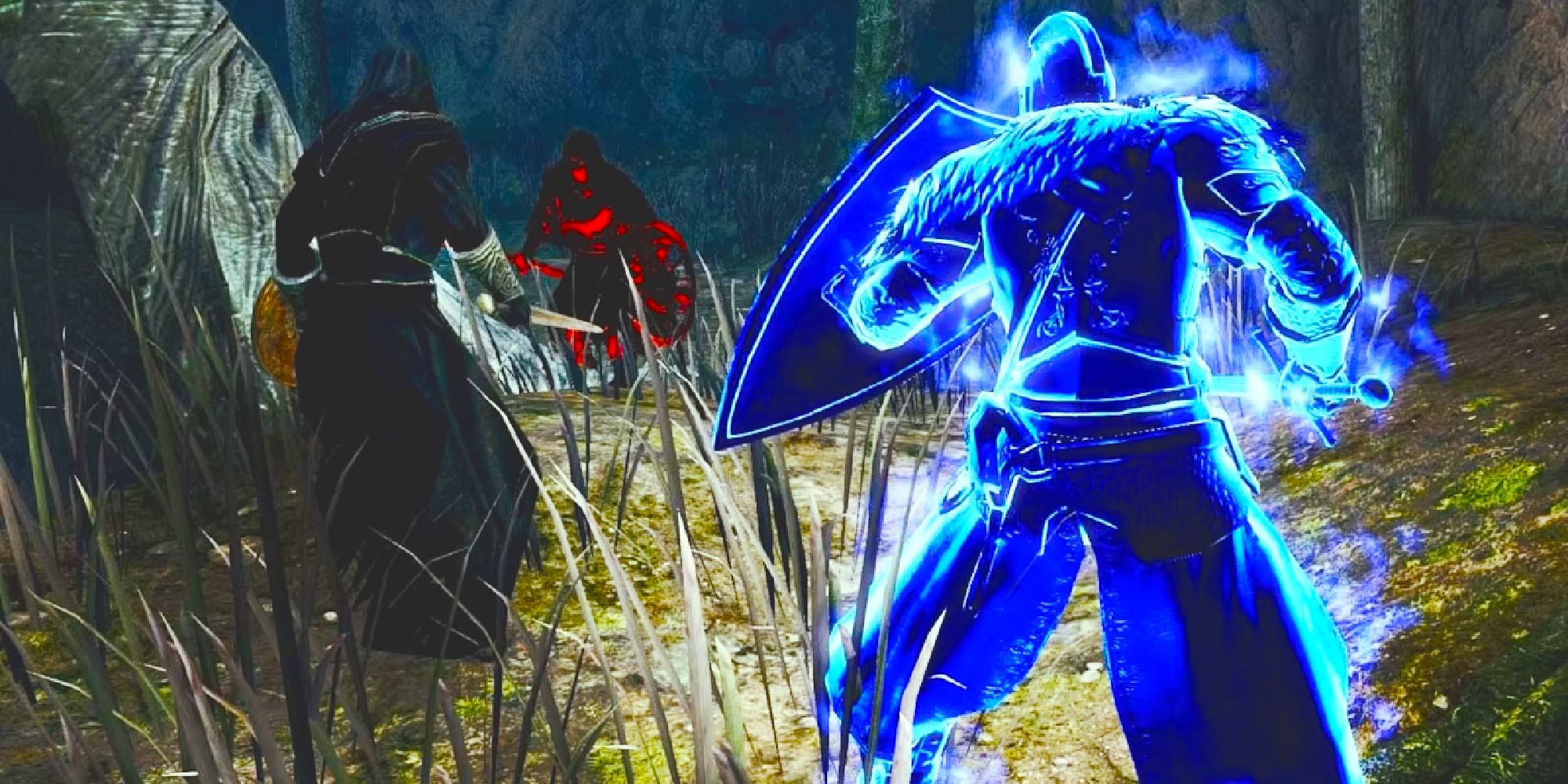 I bought Dark Souls 2 on a Steam Winter sale thinking it was Darksiders 2, a game I had briefly seen a YouTuber play around that time. I was 14 years old, made a dumb mistake and ended up being thrown into the hardest action RPG I’ve ever played. Once I entered Majula and saw various paths inviting me to be killed in new and unique ways, I freaked out a bit. Heide’s Tower tossed me back into the bonfire, the forest saw me assaulted by a horde of undead foot soldiers, and diving into the pit early didn’t end well. Gravity is a bitch.

I left the game for a few months until I was playing Counter-Strike: Global Offensive, which was more my speed, even if I got Silver 1 rank early on. My friend introduced me to one of his friends as we sat in a lobby, a Londoner who had been itching to play Dark Souls with someone for yonks, but never had anyone willing. Later that week, my real, true and proper run of Dark Souls 2 began.

RELATED: The Elden Ring Colosseum Learned All The Right Lessons From Dark Souls 3

I sucked. There are no two ways around it. He was leading me to get to the second bonfire in the woods where I could find his soapstone so I could summon him to help me fight the boss, but I kept dying for every Tom, Dick, and Harry. It took us hours to beat the last giant and the first chaser, and that was the easy part. He stuck with me anyway, even if I was a complete jerk, and together we managed to fight our way to the Four Lords, where he decided my build would benefit from an item you get from killing the big spider in NG+, which means that we fight again after burning a bonfire aesthetic. It was even more difficult, it took almost a week, and I thought I was going to be left in the dust to fend for myself, but we got through it together, screaming with excitement so loud that my parents woke up.

I’ll always treasure that run of Dark Souls 2, even if we’ve fallen out ever since, because while it was unnecessarily long, overly complicated, and incredibly difficult, it sold me on Dark Souls like nothing else. There is a camaraderie to help each other and overcome difficult smog together, with one able to lift the other when everything seems impossible.

We played for almost two months, maybe three, and finally toppling Nashandra and sitting on that throne was the most satisfying moment in any game I’ve ever played, all because of the journey. Alone, I gave up almost immediately, and if it wasn’t for that co-op run, I would never have played the first Dark Souls, Demon’s Souls, Dark Souls 3, Bloodborne, Sekiro, or Elden Ring. All of them are among my favorite games now.

The ‘git gud’ crowd tries to degrade co-op as cheating, a lesser way to play since getting help isn’t the ‘true’ Souls experience, but that’s a bunch of bullshit. Dark Souls, from the beginning, is about strangers helping each other – Solaire says that when we meet him on the balcony, and it’s what inspired the whole system.

Hidetaka Miyazaki got stuck on a road in his car during a heavy snowfall, but a group of people drove by, stopped and helped push his car so he could continue. He never saw those strangers again. The first time I played Souls 2 it feels strangely familiar, as my friend and I met through Souls, played together, drifted apart as we got older, and now don’t talk at all. I don’t think we’ll ever do it again. But, while Miyazaki fondly remembers that night, I will fondly remember that entire game and how we managed to persevere and grow closer as friends, regardless of the hours I spent dying to the game’s easiest enemies.

Next: 2023 Could Be The Elder Scrolls Online’s Best Year Yet