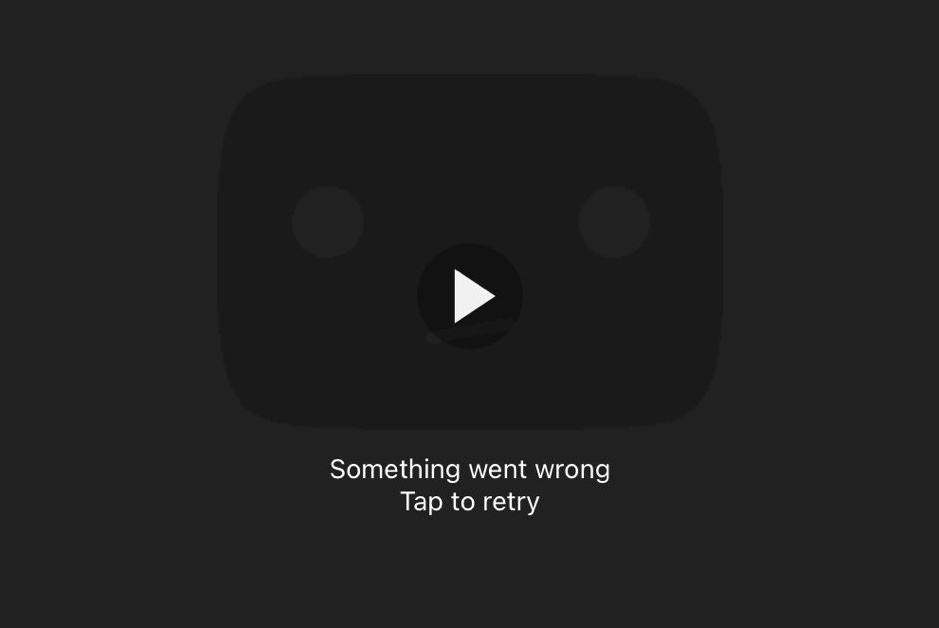 Some YouTube users on iPhone and iPad have noticed that videos don’t play randomly but instead display an error message saying “Something went wrong. Tap to try again”.

YouTube is apparently aware of the issue, as many iPhone and iPad users commonly report it on Twitter and on social media.

If you experience the problem, it’s pretty obvious. You go to play a video, and it will randomly not play and instead show a black screen with an error message saying “Something went wrong. Tap to try again”. If you tap to try again, nothing happens and the error message stays, or it rotates and reappears.

The first thing you need to do is to update the YouTube app on iPhone or iPad as YouTube will certainly fix this issue with a bug fix update.

Go to App Store > Updates and install YouTube app updates on your device.

You will need to make sure that your iPhone or iPad is up to date with the latest version of system software available for the device.

You can often temporarily resolve the “Something went wrong” YouTube error on iPhone or iPad by restarting the device.

This will usually allow you to watch a few more videos, but it will likely happen again until the issue is fully resolved or you update your apps and system software.

Did this resolve the “Something went wrong” YouTube error on your iPhone or iPad? Did you find another solution? Let us know in the comments.