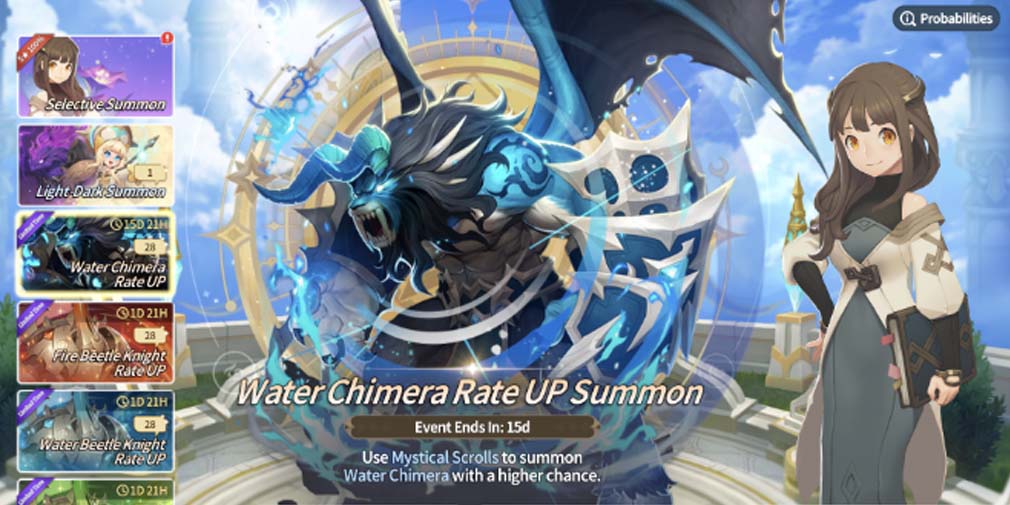 Com2uS celebrates the Lunar New Year by welcoming a new 5-star monster to the fray in Summoners War: Chronicles, the studio’s cross-progression, cross-platform RPG based on the popular Summoners War fantasy franchise. In the latest update, players can look forward to dominating their enemies with the Harp Wizard’s epic healing abilities. The support monster can not only dispel debuffs, but can also unleash an ultimate, Ultimate Song of Fate Changed, as its final act when it takes fatal damage.

In the latest update for Summoners War: Chronicles, players can join in on the Year of the Rabbit celebrations, where lucky bags are up for grabs. These can then be exchanged for monster shards and other in-game stuff. Players can also test their skills at Spiers of Ascension and Attribute Towers.

Announcing a new login reward event! ???? To celebrate the start of a new year, the Chronicles team has prepared a special event for Summoners who continue to love Chronicles and new Summoners who will join in the future. Details: https://t.co/ChAfuCemxw#SummonersWarChronicles
— Summoners War: Chronicles (@play_chronicles) January 19, 2023

Meanwhile, Com2uS has teamed up with Skybound to give fans an expanded immersion into their favorite franchise with Summoners War: Awakening. This new comic series will be created by Summoners War: Legacy writer Justin Jordan and artist Luca Claretti, and fans will be able to get their hands on it on April 19.

If you’re interested in getting your piece of the pie of all the updates this month, you can download Summoners War: Chronicles on the Google Play Store for Android devices and on the iOS App Store. You can also visit the official website to know more about the game, or join the fan community on the official site. Twitter page to stay up to date on the latest developments.

Are you looking for more similar titles that test your skills on your mobile device? Why not take a look at our list of the best RPGs on Android?