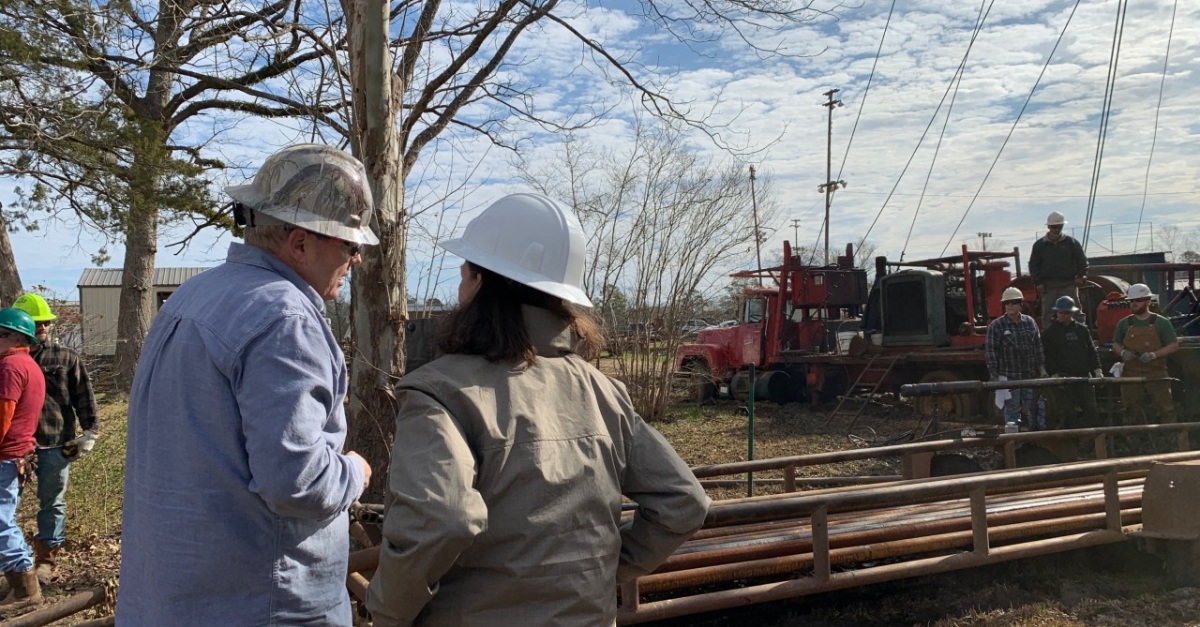 Baton Rouge, Louisiana — Senior Advisor and Infrastructure Coordinator Winnie Stachelberg kicked off a tour this week to highlight the investments made by President Biden’s bipartisan Infrastructure Act to cap orphaned oil and gas wells across the country.

Orphaned oil and gas wells are polluting backyards, recreational areas, and community spaces across the country. Methane leakage from many of these uncovered wells is a serious safety hazard and is a major cause of climate change.

While in Louisiana, Stachelberg joined the Louisiana Resilient Infrastructure Workshop and hosted a roundtable to convene labor representatives, state and local officials, and well plugging contractors.

The Bipartisan Infrastructure Act offers the largest investment to address legacy contamination in US history, including through a $4.7 billion investment to cap orphan wells. These legacy pollution sites are environmental hazards, endangering public health and safety by polluting groundwater, emitting noxious gases and methane, littering the landscape with rusty and dangerous equipment, and harming wildlife.

In the first year of the Act’s implementation, the Department has allocated $560 million in seed grants to states, which are expected to plug more than 10,000 wells on state and private land. An additional $33 million has been allocated to address 277 well sites in national parks, national forests, wildlife refuges and on other public lands. Guidance, informed by tribal consultations and listening sessions, has also been shared to guide tribes on how to apply for the first $50 million in funding to address orphan wells on tribal land.