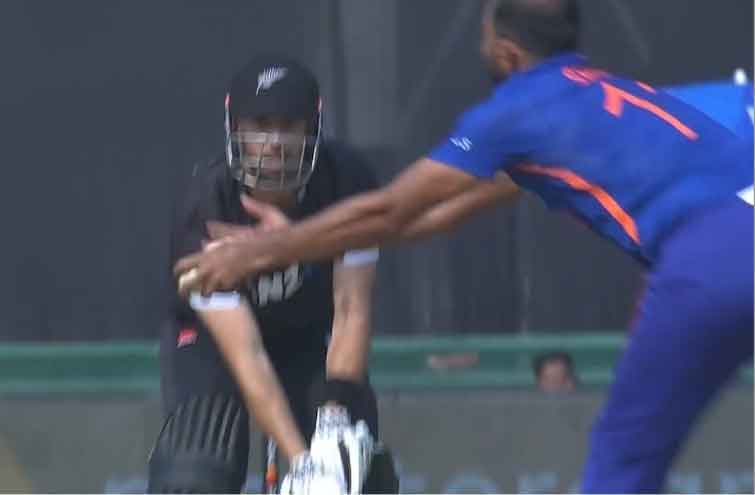 The second One Day International between India and New Zealand is underway in Raipur. Notably, this is the first time that an international match has been played at the Shaheed Veer Narayan Singh International Stadium. Meanwhile, veteran fast bowler Mohammed Shami put the New Zealand batsmen under immediate pressure as he took his second wicket of the day by completing a brilliant return catch.

India opted to bowl first on a pitch that has a lot of help for the bowlers and India’s new bowlers Shami and Mohammed Siraj began to annoy the batsmen with their disciplined lines and lengths as India reduced the visitors to 5/15 in the 11th.

One of the highlights of the dismissals was Shami’s brilliant catch to send New Zealand’s Daryl Mitchell back on the first ball of the seventh. The ball was bowled a good length and the New Zealand batsman tried to drive past the midfield, but he ended up delivering the ball into the bowler’s hand.

Superb effort at catching the ball from Shami considering he had very little time to react. He caught it with his non-throwing arm, which took a heavy hit in the last ODI between the sides. India meanwhile are dominating proceedings and I would expect more wickets, especially from the dangerous Michael Bracewell who looks to be in for a big touch.

India currently leads the three match series 1-0 after a 12-run win in the first ODI in Hyderabad.