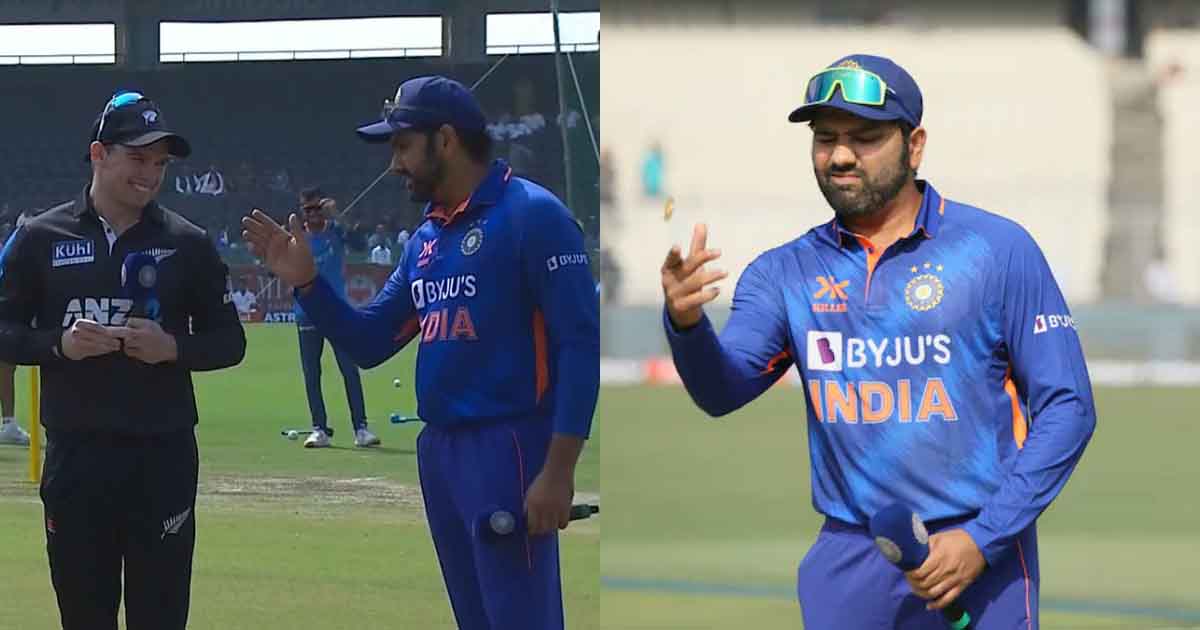 The second ODI between India and New Zealand hosted in Raipur witnessed an amusing moment when Indian skipper Rohit Sharma forgot what he had to do after winning the toss. The flamboyant Indian starter finally remembered his thoughts and opted to play first in the contest. The two teams come to the clash from Hyderabad after playing an exciting final, which was won by the home team.

By the time of the bowling in the second ODI, Rohit was confused about what he and the management had decided to do. He thought for a moment before choosing to bowl as announcer Ravi Shastri, Kiwi captain Tom Latham and match referee Javagal Srinath awaited his decision.

“I forgot what we wanted to do, I had a lot of discussions with the team about the draw decision, I just wanted to challenge ourselves in difficult conditions, but we will play first,” said the Indian skipper with a cheeky smile on his face.

“[The first ODI] it was a good test for us, knowing that the wicket will improve to bat and that was the challenge ahead of us. Bracewell hit well, but we pitched well at the end and won the game. There was a bit of spray during practice sessions, but we’ve heard from the curator that he won’t play a role on game days. We batted first in Hyderabad, we wanted to pitch first here, same team,” he added.

🚨 Release Update 🚨#TeamIndia win the toss and choose to field first in the second #INDvNZ HATE.