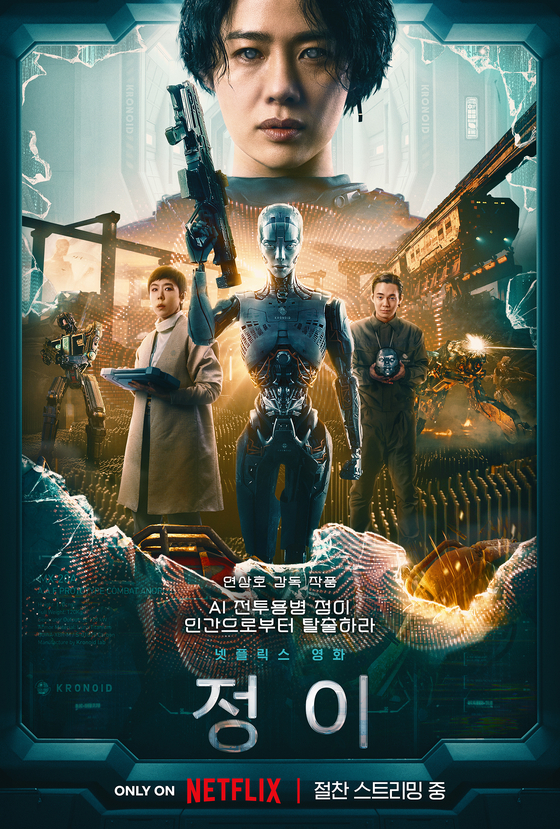 Netflix’s sci-fi thriller “Jung_E” topped the list of the world’s top 10 most popular (non-English) movies on Netflix just three days after its release on January 20, the streaming platform announced Wednesday.

“Jung_E” garnered a total of 19 million hours of total views and ranked on the top 10 movie list in a total of 80 different countries and regions, including the United States, Germany, Spain, Taiwan, and Singapore.

The film is a Netflix sci-fi thriller about a researcher at an artificial intelligence lab in a post-apocalyptic future, who sets out to clone the brain of a hero: his own mother.

In the film, a civil war breaks out in an outer space shelter made by humans who can no longer live on Earth due to climate change. Kim Hyun-joo plays the cloned version of the legendary soldier Jung_E, while Kang Soo-youn plays Seohyun, the biological daughter of the original Jung_E who is a researcher seeking to clone her mother’s brain to provide humans with a fighting force. against robots.

“Jung_E” is the latest film by the late actress Kang.